How does bacteria protect their own DNA against restriction enzymes?

Through methylation of their own DNA. 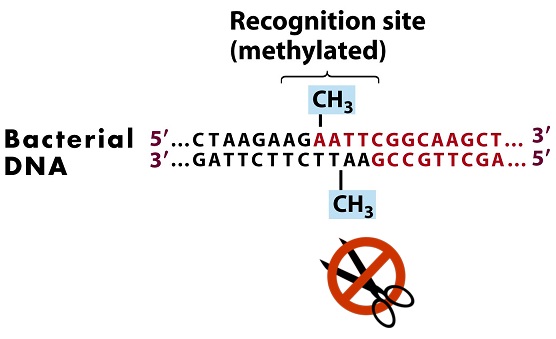