How does meiosis lead to genetic variation and why is this variation important?

Fertilization, crossing over and independent assortment.

Meiosis leads to the formation of gametes which have half the number of chromosomes in the somatic body cells. This means two gametes should fuse together for a new individual to form. The two gametes coming from two different parents carry features from two individuals, and this is the first source of variation.
The process of independent assortment happens during metaphase I where the chromosomes from both parents align on the equator of the cell in an independent way, meaning some from each parent on one side, and the opposite on the other. This means the gamete formed has a mixture of chromosomes from the parent's parents, and this is the second source of variation.
Finally there is the crossing over which happens also in metaphase I where genetic material between the homologous chromosomes is exchanged. This means not the whole parental chromosome goes to one cell, but rather a mixture of both the paternal and the maternal in this one chromosome go to one cell, and an opposite mixture goes to the other. And this is the third source of variation.

It occurs during the crossing over process in prophase 1 of meiosis. Here, homologous chromosomes pair up and exchange random genetic information for variation. 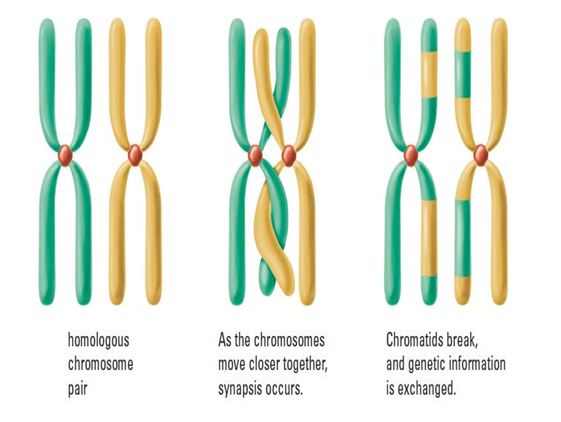