How does temperature affect the phases of matter? 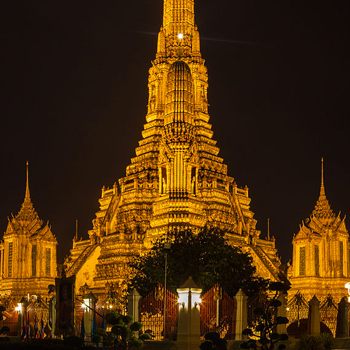 Temperature affects phase change by slowing down the movement in between the atoms, thus causing a change in kinetic energy, which in turn causes the atoms to undergo forms of combining or a type of disepersion.

Kinetic energy while being the reason phase changes are constant, Kinetic Energy can be caused by other means. Pressure and temperature can affect many other states kinetic energy, which in turn can affect each state of matter. Making a group of atoms or compounds compacts will force the atoms to move closer together thus with a lower net kinetic energy energy. Reducing temperature also works along the same lines. Colder temperatures can slow down atomic movements which in turn will naturally make each atom move close to each other.
With all of the information provided, it is only feasible that pressure and temperature are directly corresponding with the matter and atomic phase change.