How is Avogadro's law used in everyday life?

Avogadro's Law states that the volume of a gas is directly proportional to the number of moles of gas.

Here are some examples.

As you blow up a basketball, you are forcing more gas molecules into it. The more molecules, the greater the volume. The basketball inflates. 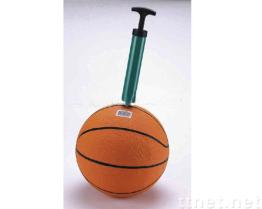 A flat tire takes up less space than an inflated tire, because it contains less air.

Lungs expand as they fill with air. Exhaling decreases the volume of the lungs.