How is bacterial transformation different from conjugation and transduction?

How could dead bacteria give genes to the live bacteria?
The dead one left DNA behind which was picked up by the alive bacteria, changing it so that it could kill.

In transduction, genetic material is carried by a bacteriophage ('phage). Again. this adds alleles to the organism.
(Black) 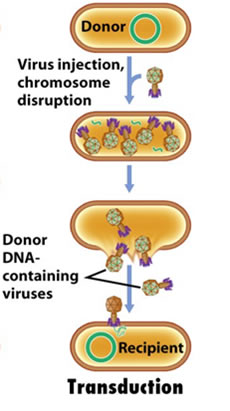 Just imagine you would kiss somebody and thereby exchange genetic information with your mate, which helps you to survive under certain environmental conditions. Incredible? Well, this is exactly what bacteria cells are able to do and what is called conjugation.

Scientifically, this term describes the transfer of genetic information from a donor bacterium to a recipient bacterium. They have to establish a cytoplasm bridge for this task, so the cells have to be in direct contact. 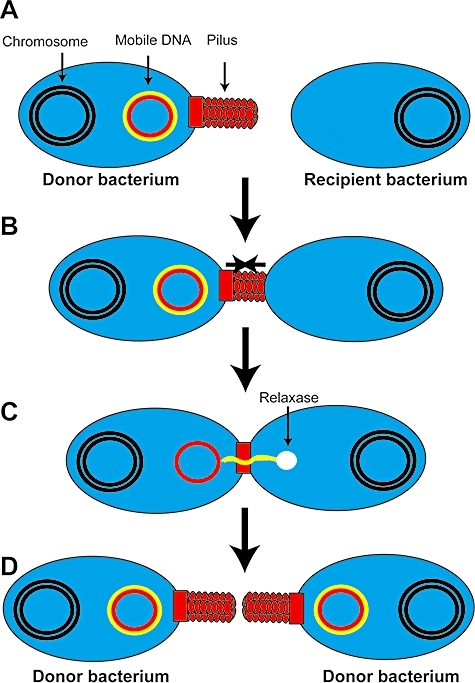 See all questions in Bacterial Transformation

5961 views around the world