What does transformation involve in bacteria?

Answer is DNA of a bacterium.

Bacterial Transformation was discovered as a natural phenomenon 1928 by Griffith et al. Later in 1944 scientists actually identified the transforming principle as DNA.

It is a process of horizontal gene transfer in bacteria. It involves transfer of DNA fragment to a live bacteria through intact cell boundary. The DNA fragment becomes integrated with the circular DNA of recipient bacteria.

Biologists could eventually develop techniques which use transformation for creation of useful but genetically engineered bacteria. Plasmids are often taken for making recombinant DNAs and are then used for transformation. 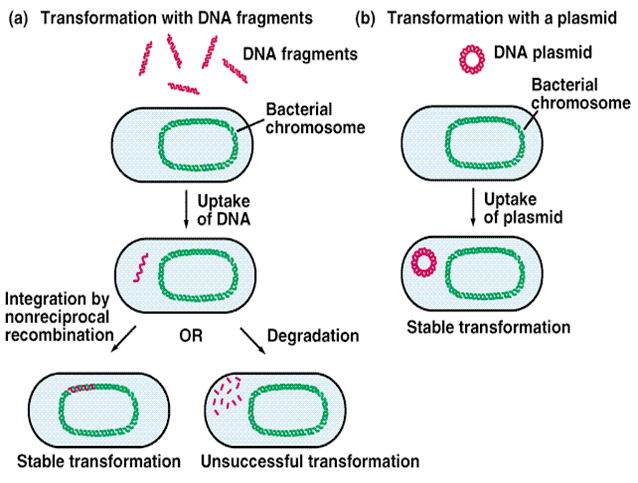 See all questions in Bacterial Transformation