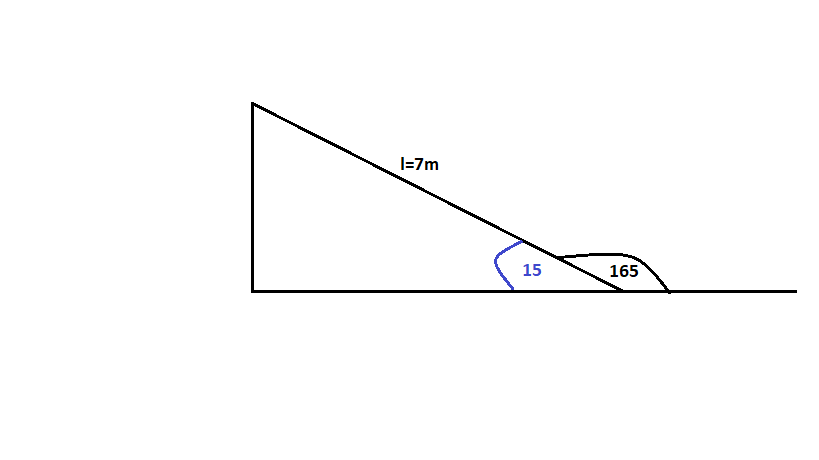 Inclination of means with the other direction of the horizontal level,the inclined plane makes an angle of

So,the component of weight of the object which tries to pull it down along the inclined plane is

Maximum frictional force that can act is

So,here only of frictional force will act upwards to keep the box at rest.

So,to move the box upwards we need to apply a minimum amount of force that will be equal to the sum of maximum frictional force and downward component of the weight of the object.(as when we will try to move the object upward,frictional force will oppose the net direction of motion,so it will act downwards along the plane)

So, minimum amount of force required to move the object with constant velocity is

See all questions in Work

248 views around the world