If you mix cyan paint with magenta, what will you get?

Let us first understand the difference between

As seen above mixing Cyan and magenta paints will result in Blue.
Experiment with RGB colour mixer.

In subtractive colours mixing, we have RYB model which is represented as below in a colour mixing triangle. 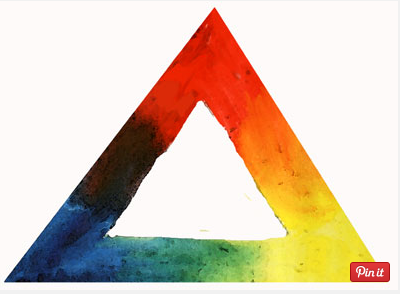 Red, Yellow and Blue are primary colours shown at the three vertices of the triangle. These colours cannot be made by mixing other colours.

Mixing three primary colors together results in a tertiary colours.
These are shades of browns and grays.