In which state of matter do molecules have the highest kinetic energy?

As a gas, as it is here that the particles are moving fastest,

It would be a gas, because they lack the intermolecular forces that hold liquids together, and the rigidity that holds solids together.

This example of water pretty much summarizes it: 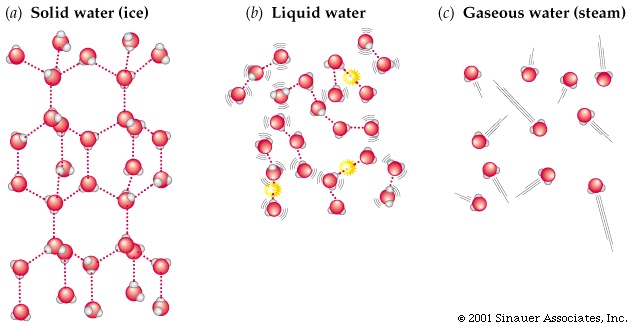 Solids, in general, are rigid. They are known to have a definite form, definite volume. Hence, their kinetic energy is smaller than that of loose fluids.

Ice is a convenient example:

A liquid, on the other hand, is generally more free-form - an indefinite form, but still a definite volume, as they aim to take the shape of their container. 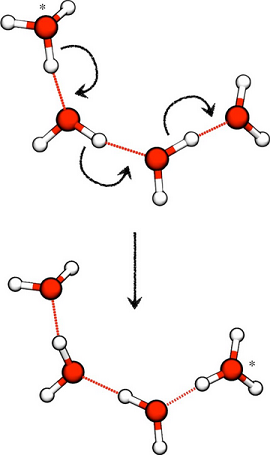 Although in water, let's say, proton-jumping throughout the water clusters is fair-game, the water molecules aren't as free to scatter into the air and disperse as in a gas. So, liquids have kinetic energies in between that of a comparable solid and gas.

Gases are free to move - they aren't necessarily lighter than air, per se, but they are expected to lack the intermolecular forces that hold liquids together, so they are more freely-moving.