Alaska is situated in convergent zone

First of all let's get clear: there are three types of boundaries which occurs between the tectonic plates. They are the ridges, the trenches and the transforms. Let's skip the transforms and think about the two other.

When two tectonic plates move apart from each other or diverge a ridge appear between them. In this place the mantle goes up from the deep, forms new crust and makes the plates move apart. So the ridges or the mid ocean ridges show that we deal with a divergent boundary.

Another case take place when two tectonic plates go towards each other. An ocean plate which is less dense and less heavy if collides always goes under a heavy continent plate. In other words when the ocean plate goes towards the continental one they collide and the first one goes down the second. In this way the trenches form. In this places the ocean plates go deep down to be melted. So the trenches or the deep sea trenches show that we deal with a converge boundary.

Now some practical issues. Using a map and keeping in mind the following scheme you can always define which type of a boundary you deal with. 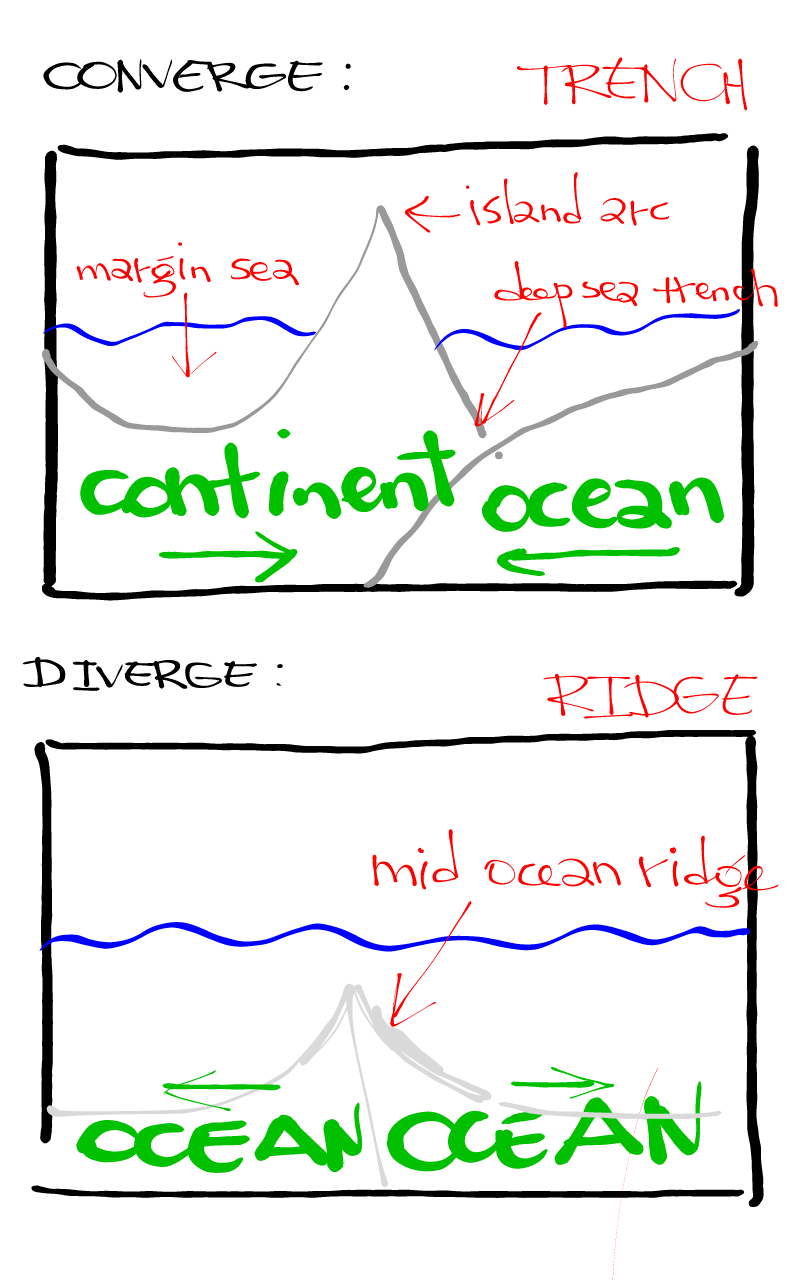 As you can see the convergent zones always consist of the margins seas, the island arcs and the deep sea trenches while the divergent ones include the mid ocean ridges.

Finally Alaska. Let's see what we have. There's the Bering sea. There's also river Yukon valley which is obviously in not a marginal sea. But it could be if the sea level were higher than it is. Than we have the Aleutian Islands and its extention Alaska peninsular and ridge Alaska on the land. We have also deep sea Aleutian trench. And finally we have series of active volcanoes which occupy the Aleutian Island an Alaska peninsular. So Alaska is situated in convergent zone.

Have a nice day :) Please feel free to ask questions

2625 views around the world