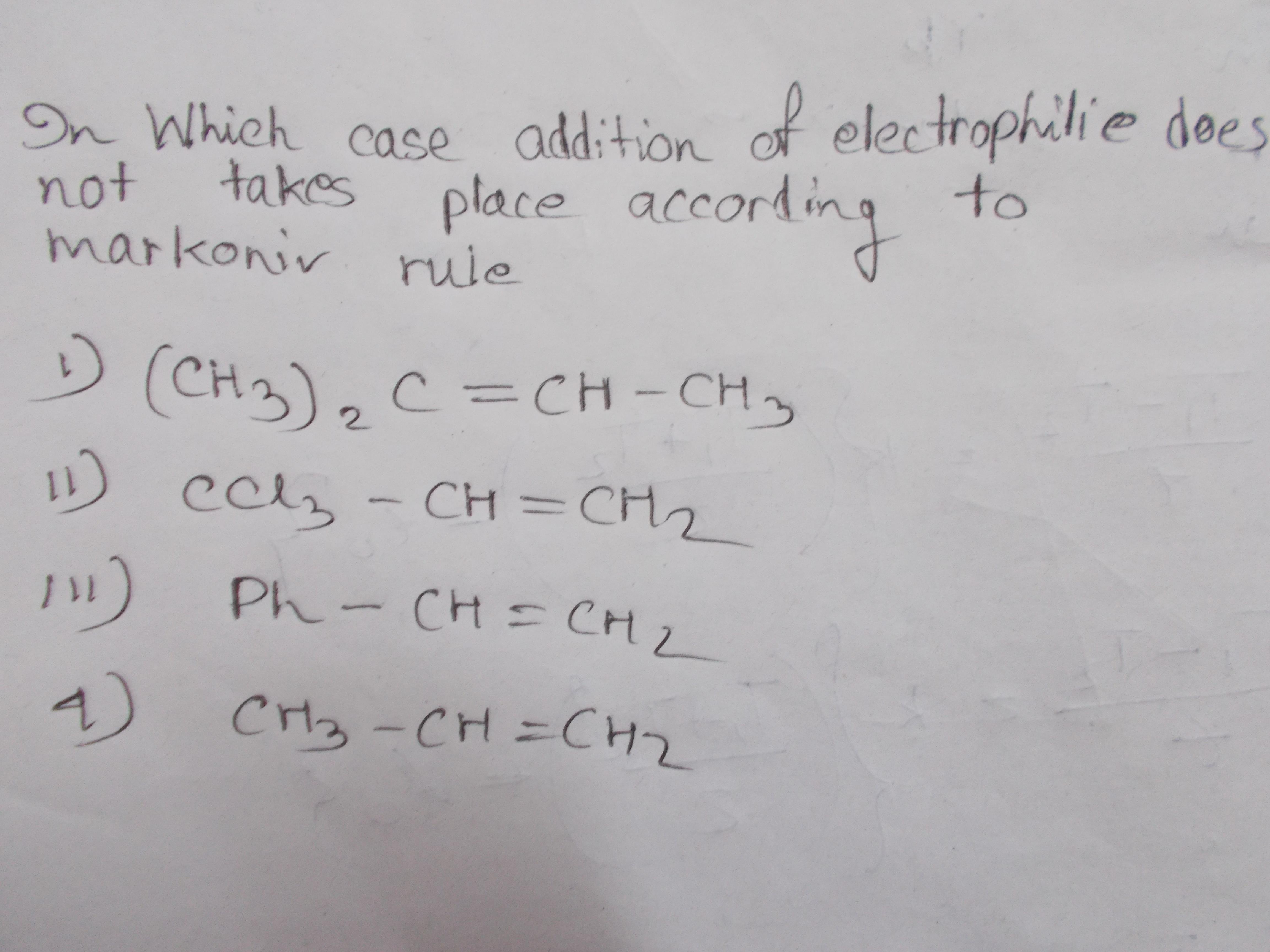 It's the one that tries to place electronegative atoms next to the cationic carbon. Why would a positive region want to give away electron density it does not have?

Markovnikov addition would be that the proton is added onto the carbon in a double bond that had more hydrogen atoms to begin with.

Draw out the first step in the electrophilic addition mechanism of some for each molecule: 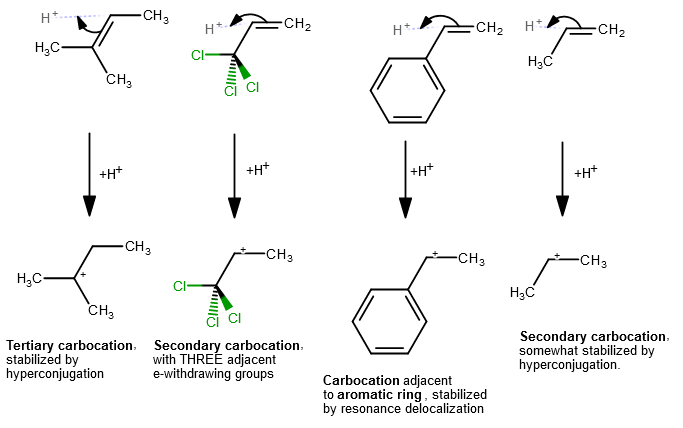 1074 views around the world