The longer the half-life, the more/less stable the nuclide?

The longer the half-life, the more stable the nuclide.

Well, you know that nuclear half-life represents the time needed for an initial sample of a radioactive substance to be halved.

In other words, the nuclear half-life tells you how much time must pass until half of whatever mass you started with decays to form daughter nuclides. 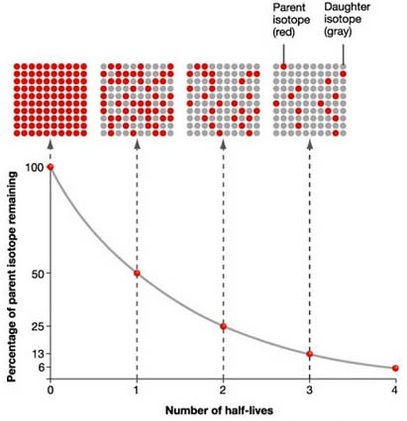 If this is the case, a long half-life would imply that it takes a very long time for the nuclide to decay to half of its initial mass.

This of cource means that it is very stable. You can expect it to be around for a long period of time.

Another half-life passes, and its mass gets halved again.

This means that it will be very unstable, since it will decay almost completely in a much shorter time.

See all questions in Nuclear Half-Life