What are examples of gases, liquids, and solids?

Gases can be made of individual atoms, elemental molecules, or compound molecules from different types of atoms.

For example, helium, neon, and argon are some of the individual atoms which are also known as noble gases and have very low chemical reactivity.

Compound molecules, such as water, are called so because its made of both hydrogen and oxygen.

Liquids have the ability to fill/take shape of any container that they're in. Liquids are made of vibrating particles of matter that are held together by molecular bonds (e.g. atoms). The most common liquid you'll find is water.

Solids have compressed atoms or molecules so they are much more densely packed than liquids and gases: 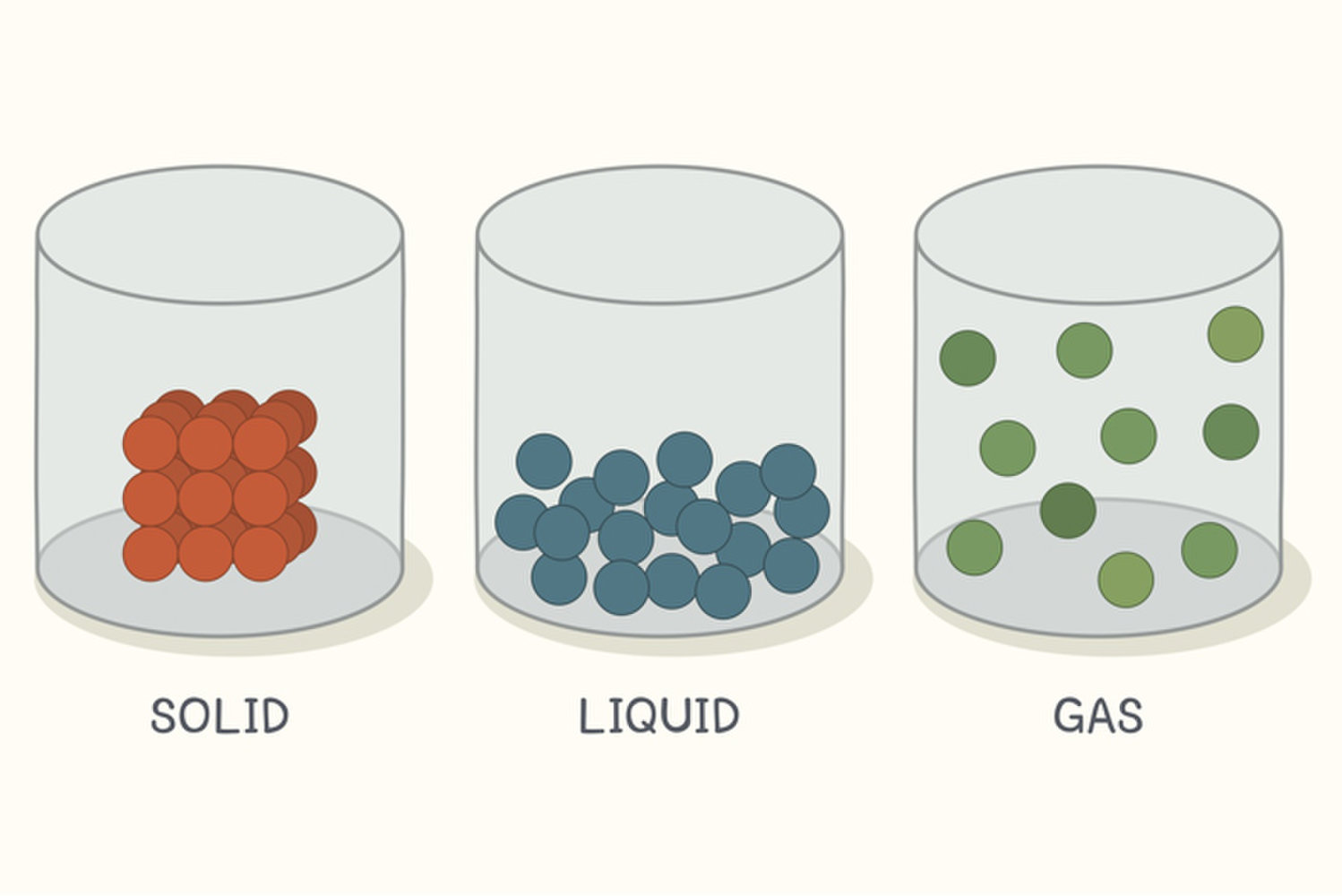 There is also the fourth phase of matter known as plasma.

All these phases of matter can undergo phase changes such as:
- solids melting to liquids
- liquids vaporizing into gases
- gases condensing into liquids, etc.