What are single nucleotide polymorphisms?

A single nucleotide polymorphism is a variation in a nucleotide that occurs at a specific location on the genome.

In the example below, the A has been replaced with a G. 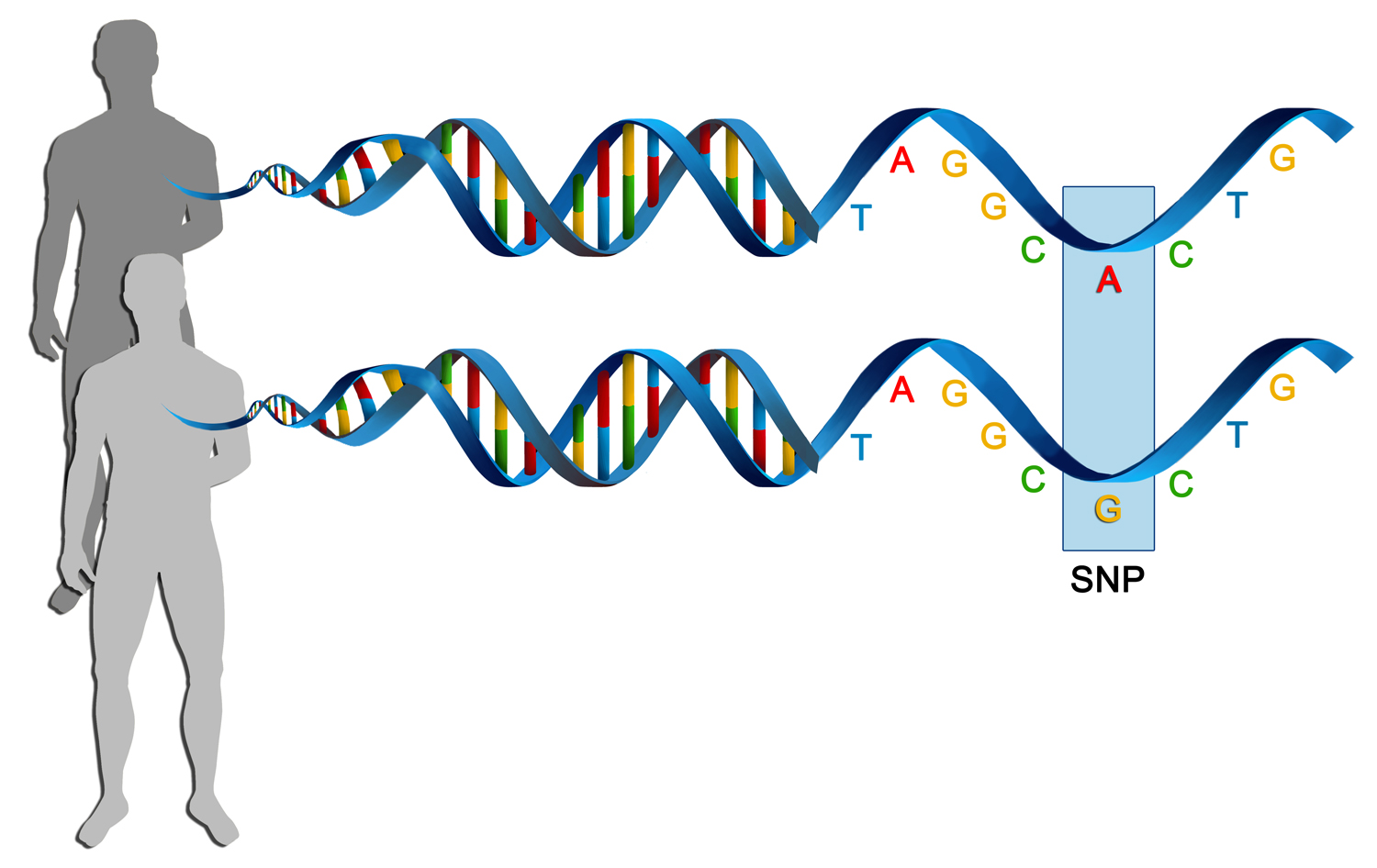 SNPs occur naturally and most have no discernible affect on health or development. SNPs are responsible for much of the genetic variation found between humans. SNPs can occur in coding and noncoding regions of DNA. If a SNP occurs within a gene, this gene has multiple alleles.

3032 views around the world