What are some examples of theoretical chemistry?

Theoretical chemistry tends to involve events that can't be easily observed in real life, such as radical reactions, short-lived reaction intermediates, gas-phase reaction dynamics, etc. It can also involve more realistic events that are calculated to save money for the experimentalists.

This can get pretty out-there...

Here are some example published papers where I've distilled the information down into basic...ish summaries.

These investigated compounds include for instance, those that have bonds, bonds, etc., wherein the orbitals are used to bond directly.

(Plus, it's a great excuse to publish a paper with the word "UFO" in it!).

This dynamical and nondynamical correlation, due to the closeness of adjacent energy levels, includes either short-range electron repulsions, or multiple degenerate electron configurations in the and (maybe ) orbitals.

(These near-degeneracies basically make it take a lot longer to model these systems accurately.) 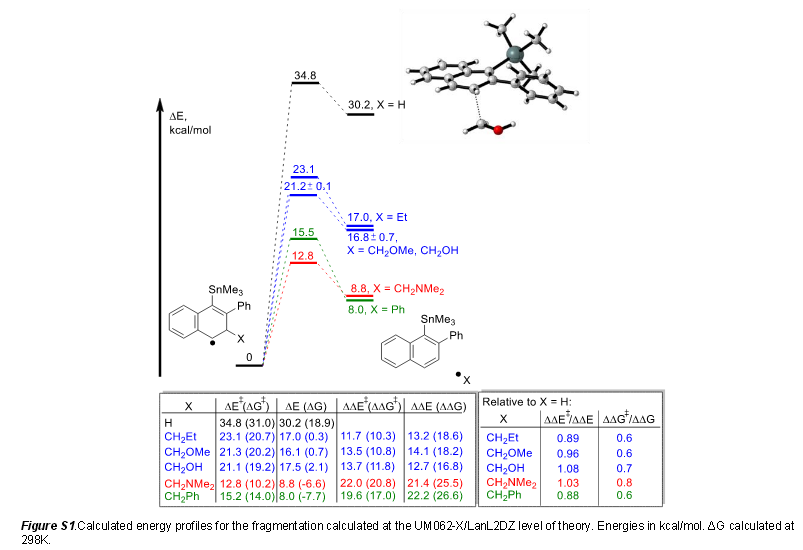 Basically, computational modeling was used to predict which leaving groups are best for particular aromatic radical reactions involving , such that the transition state is stabilized and the reaction is capably terminated via a -scission (elimination of a radical fragment to form a double bond).

Based on my experience having met Dr. Alabugin in person, I believe this was in conjunction with actual experiment, so that chemical resources are conserved. :)

(That's a common theme of theoretical chemistry: to save money for the experimentalists.)

4699 views around the world