What are the biological effects of UV radiation?

The harmful effects from exposure to ultraviolet (UV) radiation can be classified as acute or chronic. The acute effects of UV-A and UV-B exposure are both short-lived and reversible. These effects include mainly sunburn (or erythema) and tanning (or pigment darkening). The chronic effects of UV exposure can be much more serious, even life threatening, and include premature aging of the skin, suppression of the immune system, damage to the eyes, and skin cancer.

UV radiation can cause serious negative impacts on cells. These effects can include premature aging and even the development of skin cancer later in life. 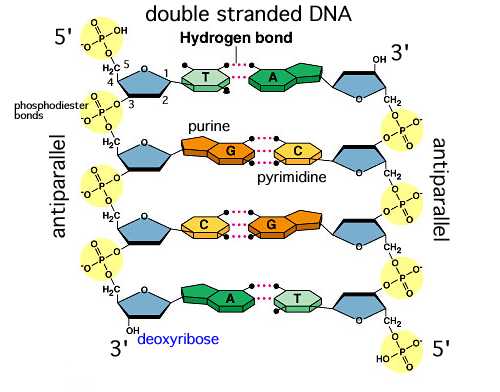 This means that A=T base pairs are much more likely to be broken. In a region of DNA where there are multiple A=T pairs, the DNA molecule may become un-zipped by exposure to UV radiation. The DNA strand will usually zip back together afterwards.

Every once in a while, neighboring thymines may link together rather than re-connecting with the adenine on the opposite strand of the DNA molecule. This is called a thymine-thymine dimer or pyrimidine dimer

This can cause errors in future copying of the DNA molecule, which can lead to mutations and possibly cancer.

Thymine dimers were the featured molecule of the month by Protein Data Bank in July 2007, read more here.

3733 views around the world