What are the roles of each member of the SHD catalytic triad? How does the mechanism work?

This is a question I'm self-answering for others' reference! :)

The SHD catalytic triad, as its name suggests, consists of the amino acids (AAs) serine, histidine, and aspartate, whose one-letter codes are S, H, and D, respectively.

This kind of triad exists, for example, within the enzyme trypsin, which can be found in the pancreas, first synthesized as an inactive precursor (so it doesn't do its job until it is needed).

The idea with trypsin is that it's supposed to hydrolyze specific peptide bonds, where the peptide bond in question follows a specific group in the AA sequence that is large and . This is an example of charge complementarity.

Serine in this triad would make a great nucleophile, if not for its having a proton. Having it deprotonated would really help. To accomplish this, we need to accomplish something to the effect of lowering the pKa of serine so that it wants to donate its proton away.

Histidine becomes a desirable solution by being an activator to serine. Since histidine's pKa is about 6.04, and neutral serine's pKa is about 15.9, it would be unlikely on its own for this to happen, though... 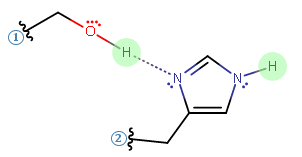 However, aspartate has a pKa of about 3.90, and a negative charge, so as a hydrophilic compound, it wants to be an acid so that both histidine and aspartate form an H-bonding interaction. 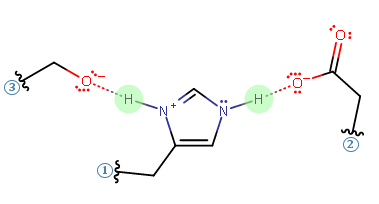 Aspartate's desire for histidine's proton prompts histidine to raise its pKa to keep its upper-right proton, balancing out the pKa difference between histidine and serine, promoting the deprotonation of serine to form an H-bonding interaction.

As an additional bonus, aspartate also orients histidine so that its freely-rotating methylene bridge is kept in place. Nice!

Together, these work within trypsin, for example, to catalyze the hydrolysis/cleavage of specific peptide bonds of other proteins.

WHAT'S THE MECHANISM THOUGH?

Well, it's this big diagram here: 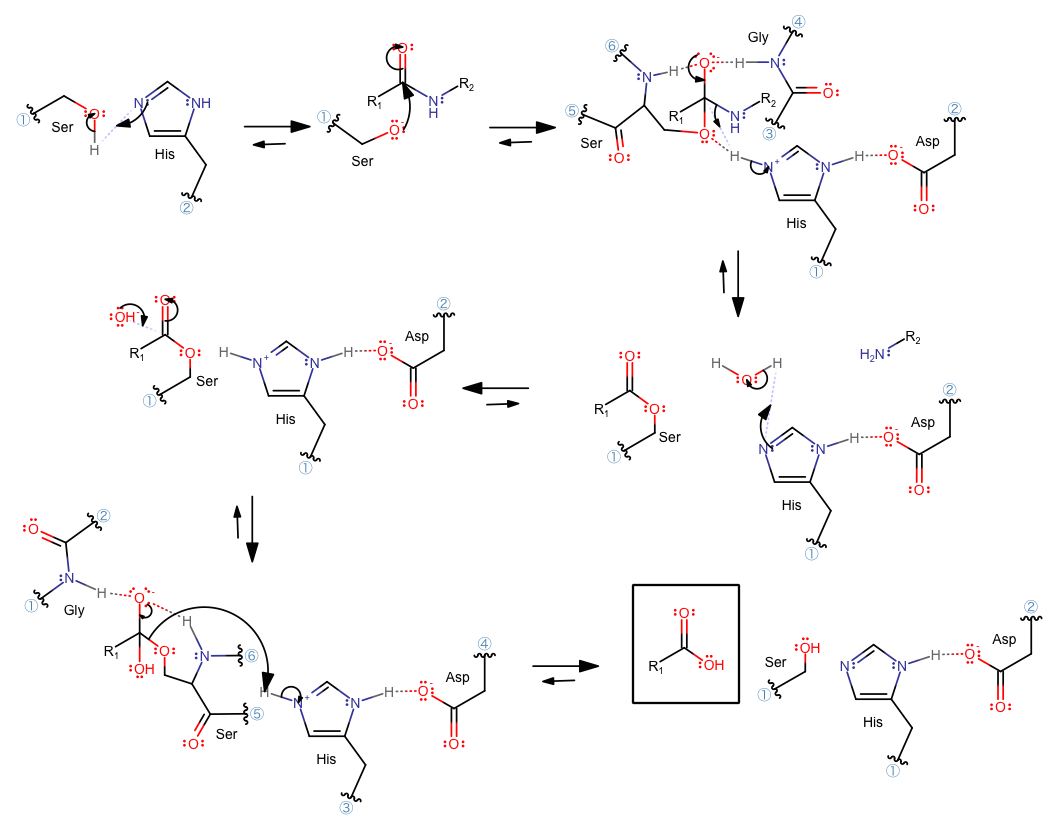 See all questions in Factors that Affect Enzyme Activity

2581 views around the world