What are some internal environmental factors that directly influence the rate of enzyme action?

The more finely ground a sold is, the higher is the rate of the reaction.

According to the particle model of matter, as pressure increases, so do number of collisions and hence average kinetic energy of particles is higher and so is temperature and hence so is reaction rate.

Catalysts speed up reactions, inhibitors slow it down.

Viruses and bacteria interfere with protein synthesis and hence can interfere with enzyme action since enzymes (and hormones which work together with some enzymes) are proteins.

Here is an illustration demonstrating one of the influential factors of enzyme denaturation: 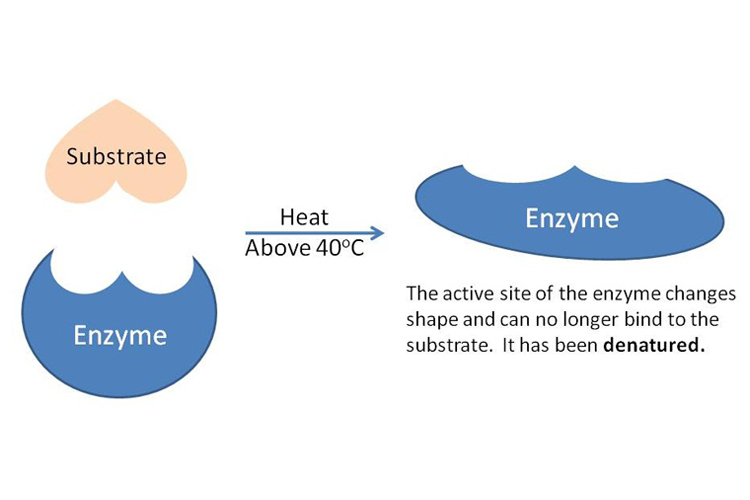 See all questions in Factors that Affect Enzyme Activity

4150 views around the world