What does R configuration mean?

It is a stereochemical label to indicate the relative spatial orientation of each atom in a molecule with a non-superimposable mirror image.

The R and S stereoisomers are non-superimposable mirror images, which means if you reflect them on a mirror plane, they do not become the exact same molecule when you overlay them.

When you label a molecule as R or S, you consider the priorities of each substituent on the chiral carbon (connected to four different functional groups). 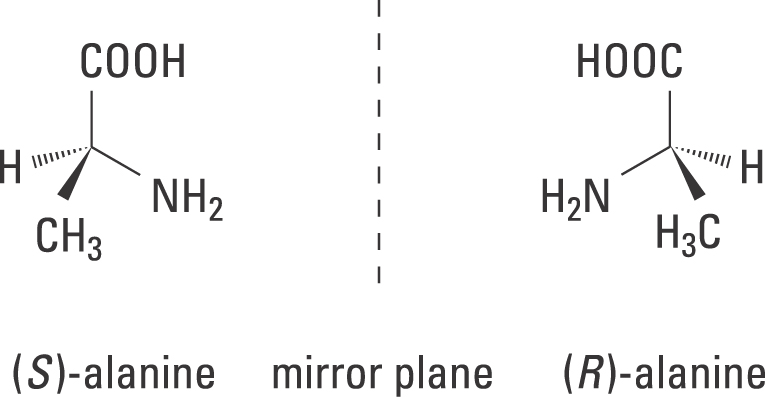 Some general ways you could determine the priorities are:

Now, if you draw a circular arrow starting at , going to , crossing over since it is in the back, and to , then you would have gone clockwise.

Since the lowest priority atom is in the back, the clockwise arrow corresponds to the R configuration.

If you had started from the same R configuration but oriented in the front and in the back, it would have been S configuration. Let's call this S configuration A, where you just nudge two substituents to flip them from front/back to back/front.

If you reflect the same R configuration over a mirror plane, keeping the orientations of in the back and in the front after the flip, the configuration is also S. Let's call this S configuration B, where you've actually done a reflection.

See all questions in Finding R and S for Chiral Centers

3498 views around the world