What is a right angle, acute angle, and obtuse angle?

We should start with a concept of an angle.
An angle is a geometric object formed by two half-lines (rays) with a common endpoint called vertex. 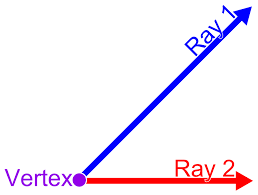 Strictly speaking, there are two angles formed this way: from Ray1 to Ray2 clockwise and counterclockwise.

In this terminology, if Ray1 and Ray2 are located along the same line but directed opposite to each other, they form half of a full angle, this angle is called straight and is measured at .

Half of a straight angle would be formed by perpendicular to each other Ray1 and Ray2. This is the right angle, and its measure in degrees is .
Acute angles are smaller than right ones and obtuse angles are bigger. 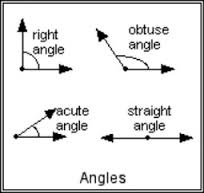 See all questions in Angle Basics and Measurements

7623 views around the world