Anaphase is a the third step of mitosis.

Mitosis is a process that assures equal distribution of replicated chromosomes to daughter cells.

During interphase, the chromosomes replicated, so that each chromosome has two chromatids.

Telophase is the final phase and during cytokinesis, when a new cell membrane forms, the cell splits into two new daughter cells which each possess 46 chromosomes. 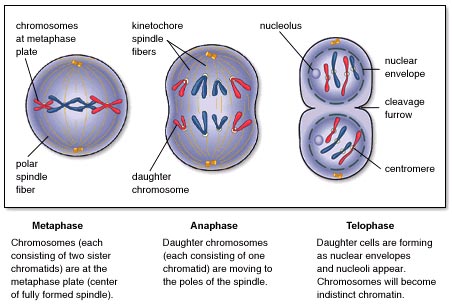 9712 views around the world