What is chromatography ion exchange? 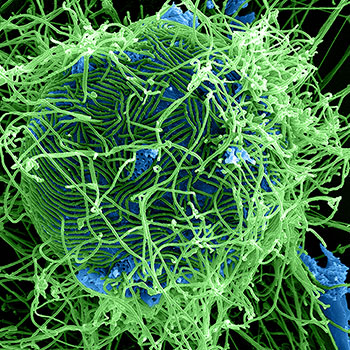 It is a process for separating different proteins based on their charge and binding properties to a material.

If this mixture of proteins is poured onto a column that contains a material with a charge on it the column will bind proteins within opposite charge.

You can then use different solutions containing different amounts of ions to elute (unstick) the proteins from the column.

All the proteins that did not carry a charge, or when negatively charged would flow straight through the column. You could then release your positively charged protein by flooding the column with positive ions which would complete the negative charge on the column. This competition would then cause your protein of interest to be eluted.

Here is an example of this happening.

Each tray contains a buffer at a different concentration and as can be seen in the 175 mM sample (top left hand corner) very little red/brown protein has bound to the charged membrane as there is been competition between the ions in the buffer and the protein for the charged binding sites on the membrane (The ions in the buffer have "won" because there are more of them and so they have prevented the protein from binding). In the sample in the bottom right a lot of protein has bound to the membrane because there are fewer ions present to compete for binding sites.

In this video you can see anion exchange chromatography in operation:

1981 views around the world