Diffraction is the ability of a wave to "invade" the space behind an obstacle (that normally should present a shadow).

Diffraction is one of the characteristic of the propagation of electromagnetic, EM, radiation that demonstrated that it propagates as a wave.

He set up an experiment to "see" the wave behind the obstacle: 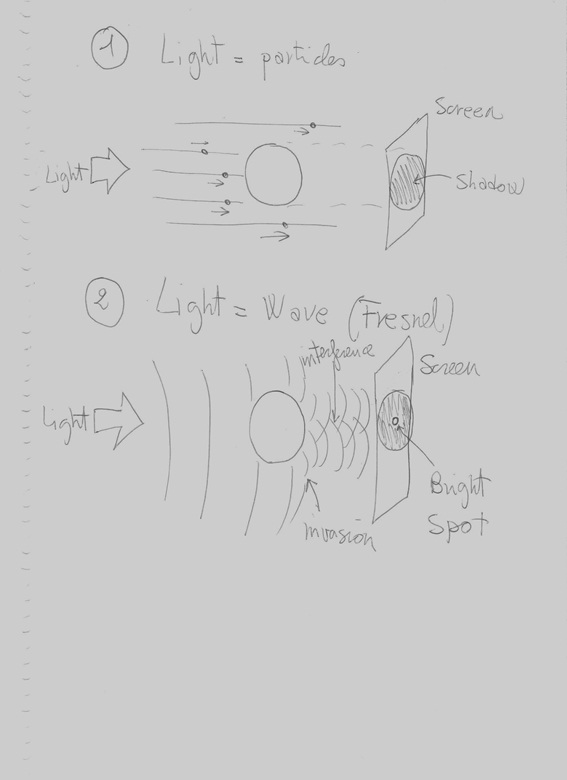 As you can see in the figure below, he was able to "see" the wave as a bright spot resulting from constructive interference from the waves that invaded the area behind the obstacle!!! 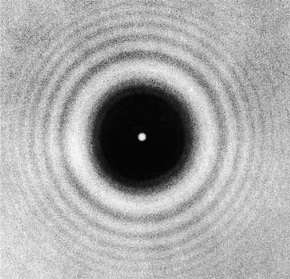 If you want to figure out a way to explain qualitatively the mechanism of invasion, try Huygens theory of propagation of waves where every point of a wave front becomes source of secondary spherical waves whose envelope will form the next wavefront. When the wave meets an obstacle the envelope is not complete so the spherical wave invades the area behind it:

2977 views around the world