Neurulation refers to the folding process in vertebrate embryos and the transformation of the neural plate into the neural tube.

The neural plate folds in upon itself to form the neural tube, which will form the spinal cord and the brain, eventually forming the central nervous system.

Closure of the neural tube begins in the middle, and then moves anteriorly and posteriorly. 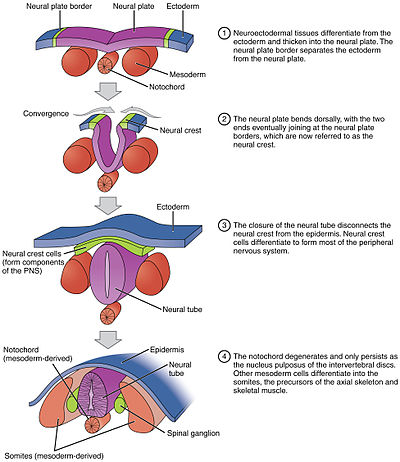 Failure to close the neural tube anteriorly results in anencephaly, a condition characterized by forebrain and skull degeneration, which is always fatal.

Failure to close the posterior tube is known as spina bifida. Neural tube defects are among the most common and disabling birth defects, occurring in roughly 1 in every 500 live births,

6262 views around the world