What is relation between the force acting on a particle and its potential energy? explain.

This isn't simple, but I can show you a cool technique for only needing to recall a single equation and deriving the rest.

Potential is defined as being energy per unit mass, so the equation will be:

and finally field strength is change in potential per unit distance (the gradient, or first derivative of the potential - distance curve)

Finally, as we know F = m.g, we get back to where we started by multiplying by mass.

Just to help, I've attached a photo that shows the symmetry of the cycle: 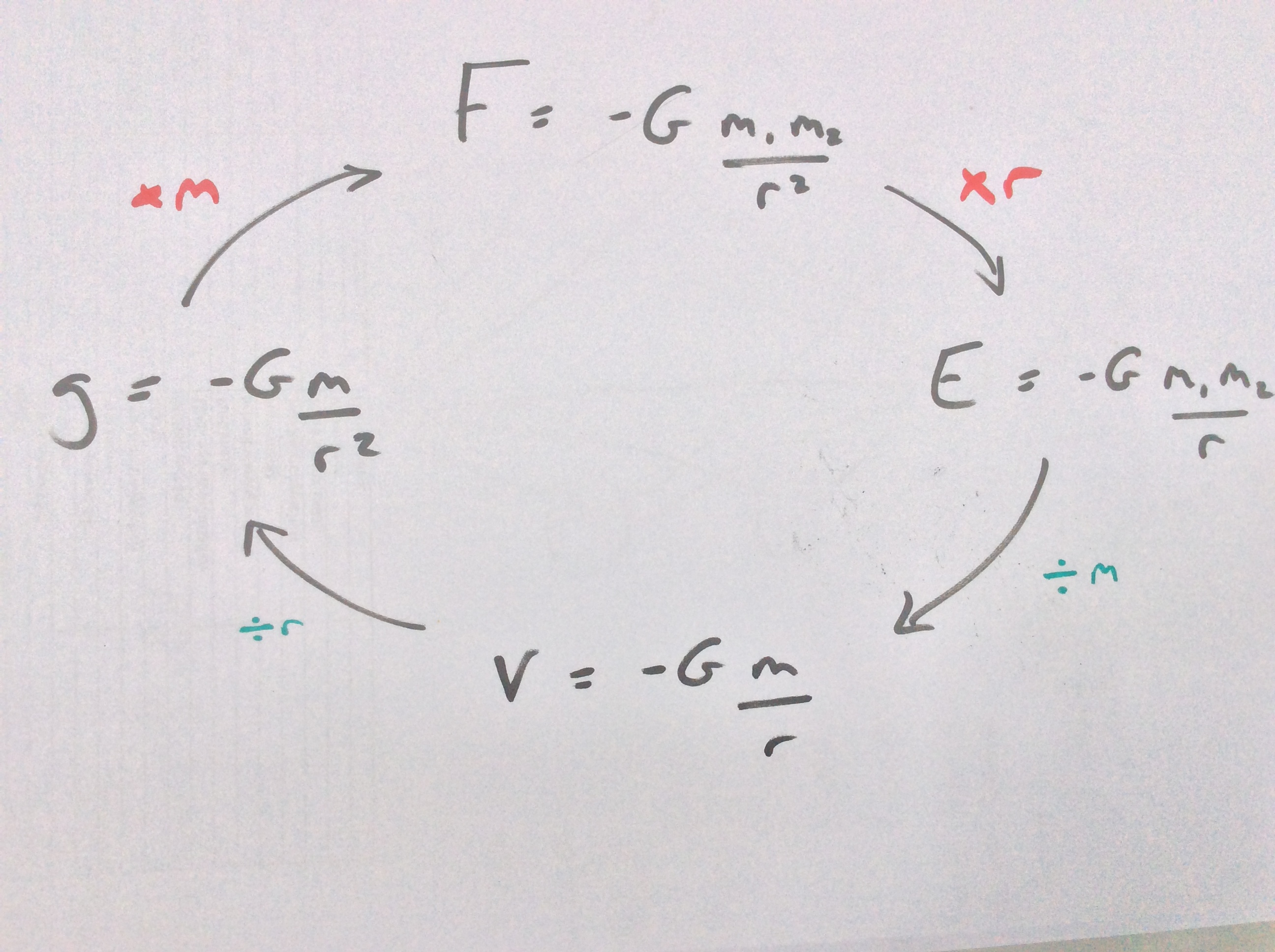 900 views around the world