What is the balanced equation for photosynthesis? 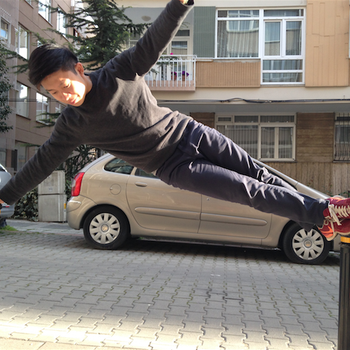 Photosynthesis is the combining of Carbon Dioxide and Water to make Glucose and Oxygen. The equation is:

This reaction must occur in the presence of sunlight because light energy is required.

The equation can also be written out in words as:

Sunlight sends energy in packets of light called photons. These photons activate chlorophyll in the grans to break apart molecules of water. The Hydrogen atoms pick up the electrons from the energy and become energized. The Oxygen gets released as a waste product . In breaking apart the water energy is also released and picked up by ADP to make ATP.

The excited and the ATP travel to the stroma where energy from the ATP is used to combine carbon dioxide and the excited hydrogen into a molecule of glucose .

See all questions in Equation Stoichiometry