What is the basis for the classification of living things?

Today, we typically use genetics to classify living things.

The field of study that determines how living things are classified is called taxonomy.

When it is available, we use genetic data to determine how living things are related to each other. Scientists look the DNA sequence of the organism and compare it to other living organisms. Usually, scientists have a pretty good idea of what other species the new one will be closely related to. If two species are closely related, their DNA sequences will be similar. Genomes and protein sequences may also be used to compare species or individuals.

If genetic data is unavailable, scientists will often look for homologies, or shared traits that similar because they come from a common ancestor. The more homologies two species have, the more closely related they are. For example, all apes have five digits on each hand and foot. The last common ancestor of all apes had this trait. However, one of the ways we know humans are more closely related to chimpanzees than orangutans because our hands look more similar to the chimpanzee. 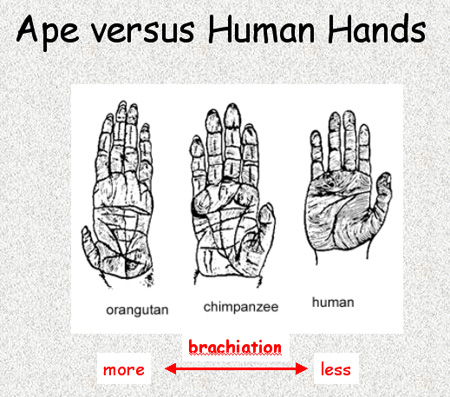 The thumb of the orangutan is separated from the other four fingers. The thumb of the chimpanzee is still more separated than the human hand, but the space has lessened. This is one of the traits we could look at to determine if humans are more closely related to orangutans or chimps.

3487 views around the world