What is the difference between acetal and ketal ?

These names are derived from the compounds you might expect: aldehydes and ketones---two closely-related functional groups.

where is just an group differentiated by the subscript number.

For example, the ketal formation mechanism works like this (after the initial acid catalysis): 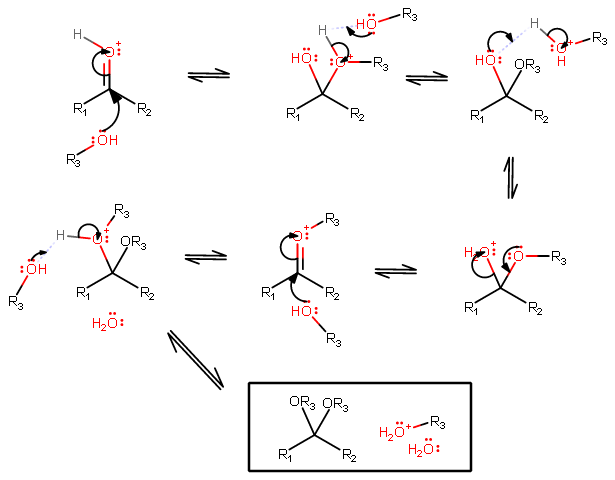 Can you figure out the acetal formation mechanism?