What is the mechanism for synthesis of tetraphenylcyclopentadienone?

Looks like this can be formed via TWO aldol condensations. Nice! Let's see...

Alright, let's start with these two compounds, then:

The mechanism will involve a base (we'll use here for simplicity in drawing the mechanism, but is better for yield) and a solvent for that base (water is fine). I would also expect this to be driven with heat to facilitate the condensation portion of the aldol condensation.

Note that the explicitly shown protons are the most acidic on dibenzyl ketone. There are two, so that's how there can be TWO aldol condensations.

DISCLAIMER: This mechanism is very advanced and will be long. It is possible that this may be on an exam, but more likely you should expect something similar that takes less time to draw. Still, this is a good practice problem.

Also, before I draw it out, I will abbreviate the phenyl groups as as is conventionally done. That way I can fit it onto one image. :P 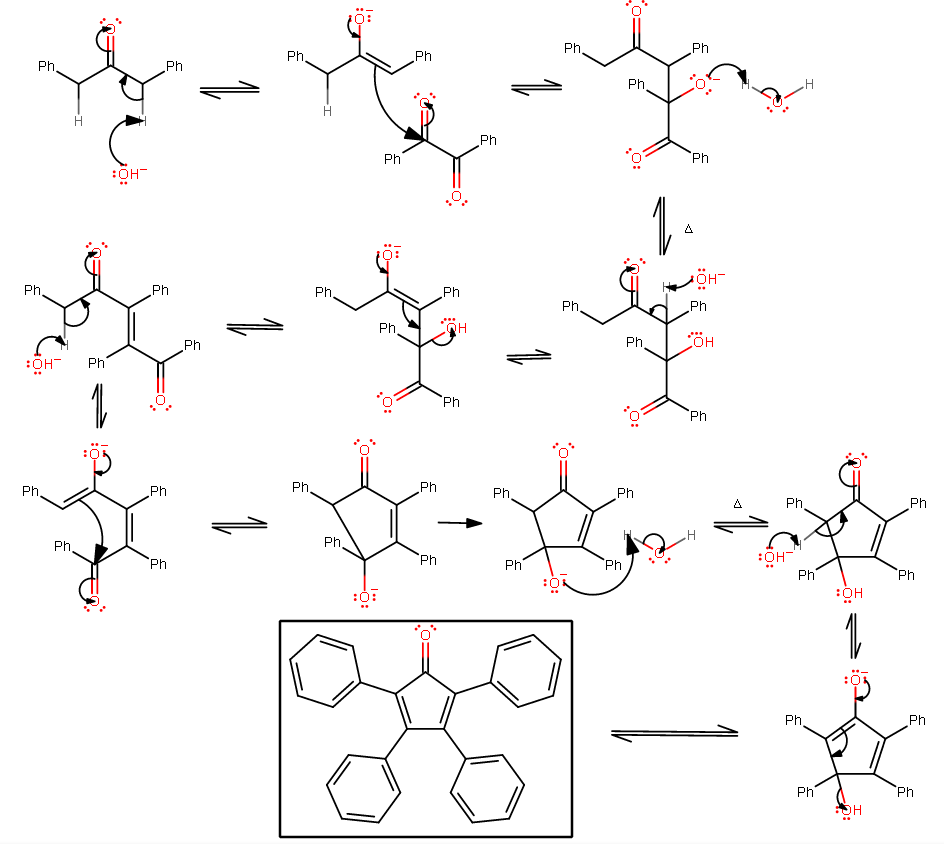 PHEW! steps. There we go! Depending on how fast you are, this should take you about minutes to draw out (use the abbreviation, and your professor would understand).