What is the name of the compound with the chemical formula #CrCl_3#?

The most important thing to realize here is that you're dealing with an ionic compound that has a transition metal as its cation.

This should automatically tell you that the name of this ionic compound must contain a Roman numeral.

Now, your anion, which is the negatively charged ion, will be the chloride anion, , which carries a charge.

Since the formula unit contains chloride anions, it follows that the charge on the transition metal cation must be equal to , since that's the only charge that would result in a neutral compound.

This means that the chromium action will be in its oxidation state, and thus the (III) Roman numeral must be used when naming this ionic compound.

So, the cation is , th anions is , and you have the (III)* Roman numeral included in the name.

The name of this ionic compound will thus be

As a fun fact, anhydrous chromium(III) chloride is violet in color. 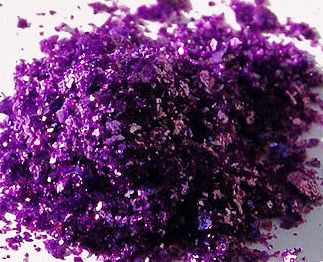 Here is a video with some more examples of this concept.

9340 views around the world