What is the product of the oxidation of a ketone?

Naturally, oxidation in the context of organic chemistry can be thought as, wouldn't you know it, adding oxygen (or removing hydrogen).

For a ketone, we have a problem. It can't be oxidized any further via the removal of a hydrogen. There is no product when trying to oxidize a ketone in that manner.

What happens when you reduce a ketone? You get to a secondary alcohol.

Let's start from the secondary alcohol and see the mechanism to get to a ketone by using the Swern oxidation (Organic Chemistry, Bruice, Ch. 20.4). Afterwards, we should see how repeating that mechanism for a ketone fails. 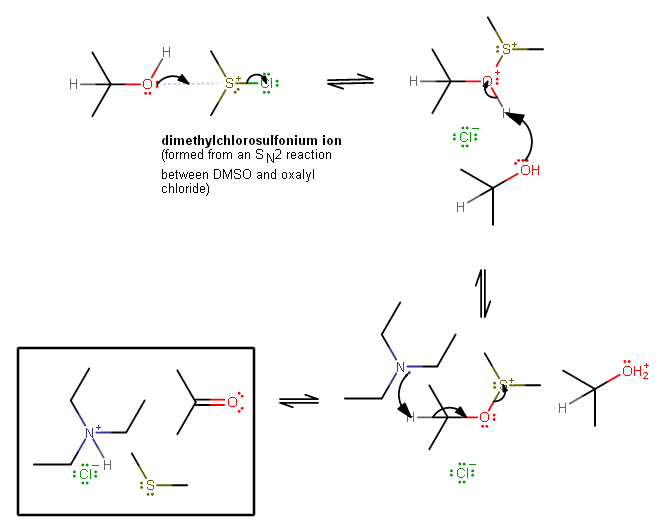 That was a secondary alcohol getting oxidized.

But a ketone doesn't have any protons attached to the carbonyl carbon, so this step is impossible to perform. And in fact, this step would typically be the key to oxidizing a ketone, so it's just not going to work.

Granted, a Baeyer-Villiger oxidation would work to form an ester, but that's an unusual reaction...

8704 views around the world