What is the structure of the hemiacetal formed by reaction of butanone with methanol?

Butanone is more specifically 2-butanone, due to symmetry and the number of carbons on the main chain. This reaction also requires acid if you are using methanol as-written.

Furthermore, it is a hemiketal that forms, since butanone is a ketone, not an aldehyde. This reaction might then keep going if you have enough methanol and acid, and you would then get a regular ketal.

The mechanism for this is just like any other nucleophilic addition-elimination reaction for a nucleophile attacking a carbonyl carbon. 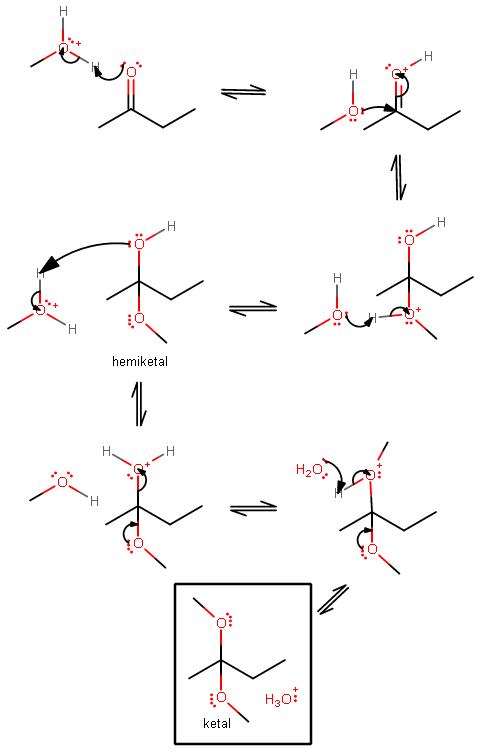 It follows the same pattern:

5530 views around the world