What it the current value of the Hubble constant and why is the value so important?

The value of the Hubble Parameter varies with time and so should not be called a constant. It is not a constant. However its value does not change appreciably in human time scales.

Though this is a fundamental cosmological parameter, estimating its value was always fraught with problems. Confusion regarding this resulted in the great debate between van den Bergh and Gustav Tammann in 1996.

Note : The debate was titled "The Scale Of The Universe" and was held at the Smithsonian's national museum of natural history.

van den Bergh argued for a higher value for the Hubble parameter around while Tammann argued for a lower value near .

Prior to 1958 there were no reliable way of determining its value. The first reasonable estimate of the Hubble Constant was made by Alan Sandage in 1958. ().

Given below is a plot that shows the evolution of the Hubble Parameter estimate. 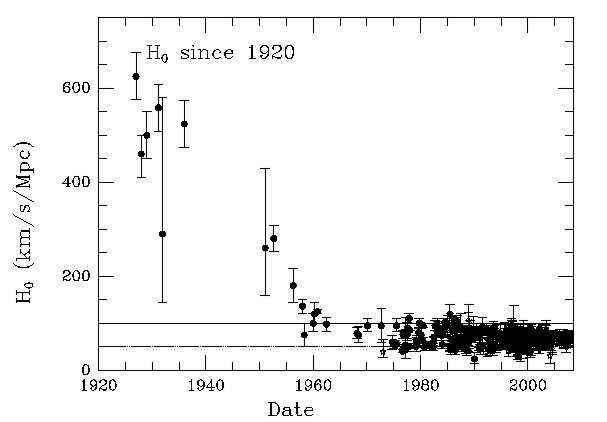 1430 views around the world