What would be an example of a food chain in the rainforest? 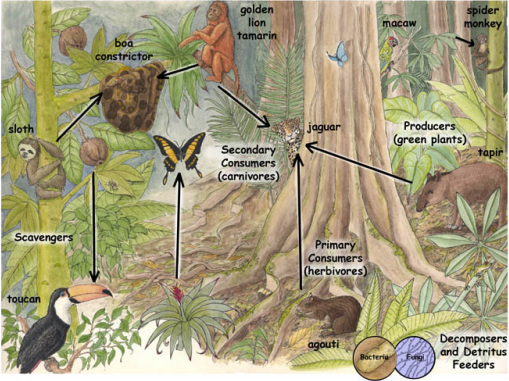 Another example of a food chain starts with a primary producer such as a ficus tree, which produces leaves that a monkey eats, and then the monkey is eaten by a harpy eagle. When the harpy eagle dies, it falls to the earth and is consumed by scavengers and decomposers such as army ants and other insects as well as mushrooms and fungi.