When a 226/88Ra nucleus decays by emitting an alpha particle, what is the atomic number? 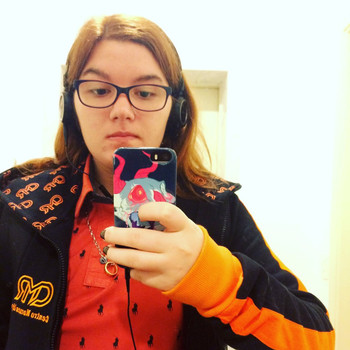 Radioactivity is one of the most sinister phenomena studied by chemists and physicists. It occurs in the atomic level; in fact, in the nucleus of an atom.

Essentially, radioactive decay happens when an unstable atom wants to lose energy and become stable again. It does that by emitting something out of its nucleus, which transforms into a different nucleus or into a nucleus in a different state.

where Z is the atomic number and A is the mass number, given by the sum of the number of protons and of neutrons. So when you add up the A's and Z's on both sides of the equation, you get the same values.

Now, we've got a radium-226 atom. That 226 means that its mass number is equal to 226; elements occur, in nature or in lab, in many different forms, with of course the same atomic number but varying amounts of neutrons, resulting in varying mass numbers. These different 'versions' of an element are known as isotopes .

Radium is a highly radioactive element in all forms, and radium-226 is its most stable (or, at least, longest-lived) isotope.

What happens then is:

So, in the end, we've got an atom with 86 protons and 136 neutrons. If we look at the periodic table of the elements, we'll find out which element that is: radon!

Radioactivity can be exploited in a variety of ways, both good and evil. And if you think about it, it's kind of wicked that, after thoroughly disproving and mocking alchemy and its principles, we've found that it really is possible to turn an element into another. What else could we be totally wrong about?

I'll leave you with that spooky thought!
Happy Hallowe'en!