And thus fluorine has the greatest electronegativity, which is consistent with its status as the most reactive element on the Periodic Table. See here.

And it follows that the lower alkali metals are least electronegative........

Lowest: and (cesium and francium) 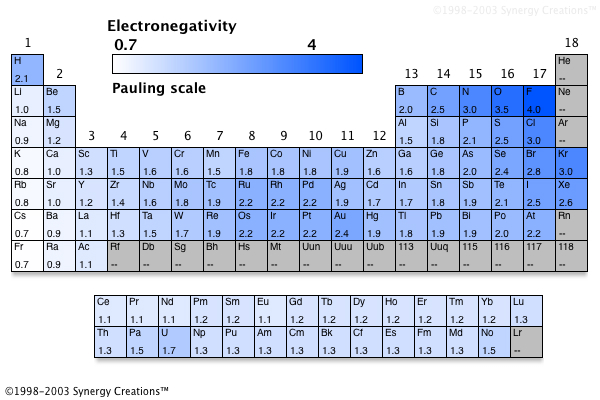 From this, we can see that both cesium () and francium () share the award for the lowest value, and fluorine () has the highest value.

Why is this the trend?