Who was max planck?

Max Planck developed the foundation of Quantum theory in physics, he lived 1858–1947. 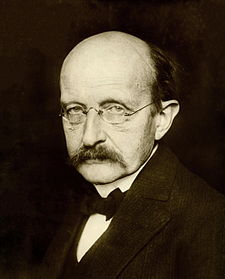 Planck originated quantum theory and won the Nobel Prize in Physics for it in 1918. This theory revolutionised our understanding of physical processes at the atomic and subatomic levels. Quantum theory and Einstein’s theory of relativity (which revolutionised our understanding of space and time) are considered to be the fundamental theories in physics of the 20th century.

During his work on blackbody radiation during 1899–1901 Planck postulated that electromagnetic energy is emitted in quantised form according to this equation: (i.e. ). This is considered to be the birth of quantum physics and Planck’s greatest achievement.

Max Born wrote about Planck: "He was, by nature, a conservative mind; he had nothing of the revolutionary and was thoroughly skeptical about speculations. Yet his belief in the compelling force of logical reasoning from facts was so strong that he did not flinch from announcing the most revolutionary idea which ever has shaken physics."

In 1887 Planck married Marie Merck, they had four children.

This is a mini biography I wrote for my iBook, I adapted it from the Wikipedia article about Planck .

846 views around the world