Why do Uranus and Neptune appear to be blue?

Methane gas in their atmosphere make them appear blue!

The answer to Neptune’s color comes from its cloud tops. The upper atmosphere of Neptune is made up of hydrogen, helium with a trace amount of methane and other ices, like ammonia and water.

Methane absorbs light at , which is the red end of the spectrum of visible light. 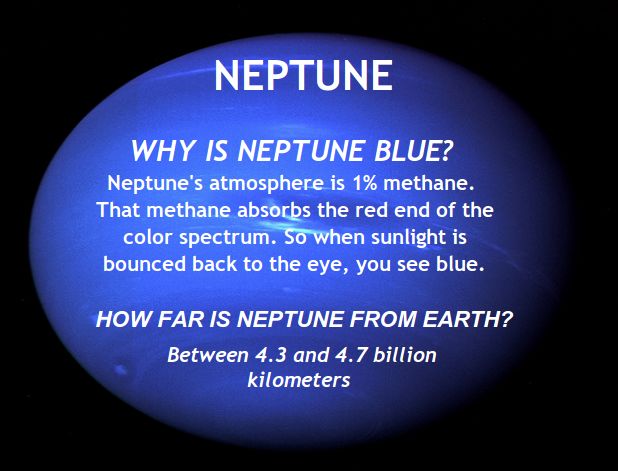 Just like Neptune-
Uranus' atmosphere is also made up of hydrogen, helium and methane. .
The Sun actually contains all the colors in the spectrum, from red and yellow to blue and green. Sunlight hits Uranus and is absorbed by its atmosphere. The methane in the clouds of Uranus is more likely to absorb colors at the red end of spectrum, and more likely to reflect back light at the blue-green end of the spectrum. And that’s why Uranus has its blue color.
[Credit- http://www.universetoday.com/18867/color-of-uranus/ ]