Why is acetic anhydride used in aspirin synthesis?

Because acetyl salicylic acid, aka Aspirin, has an acetate group, and acetic anhydride has one that is a good leaving group.

The typical lab-ready reaction for this synthesis is:

Basically, the acid acts as a catalyst (not protonating water though, because acetic anhydride is violently reactive with water), and the hydroxyl on 2-hydroxybenzoic acid acts as a nucleophile. It doesn't work too quickly though, so the heat is needed to speed it up.

The acetic anhydride essentially ends up transferring its acetyl group to 2-hydroxybenzoic acid.

The mechanism is as follows: 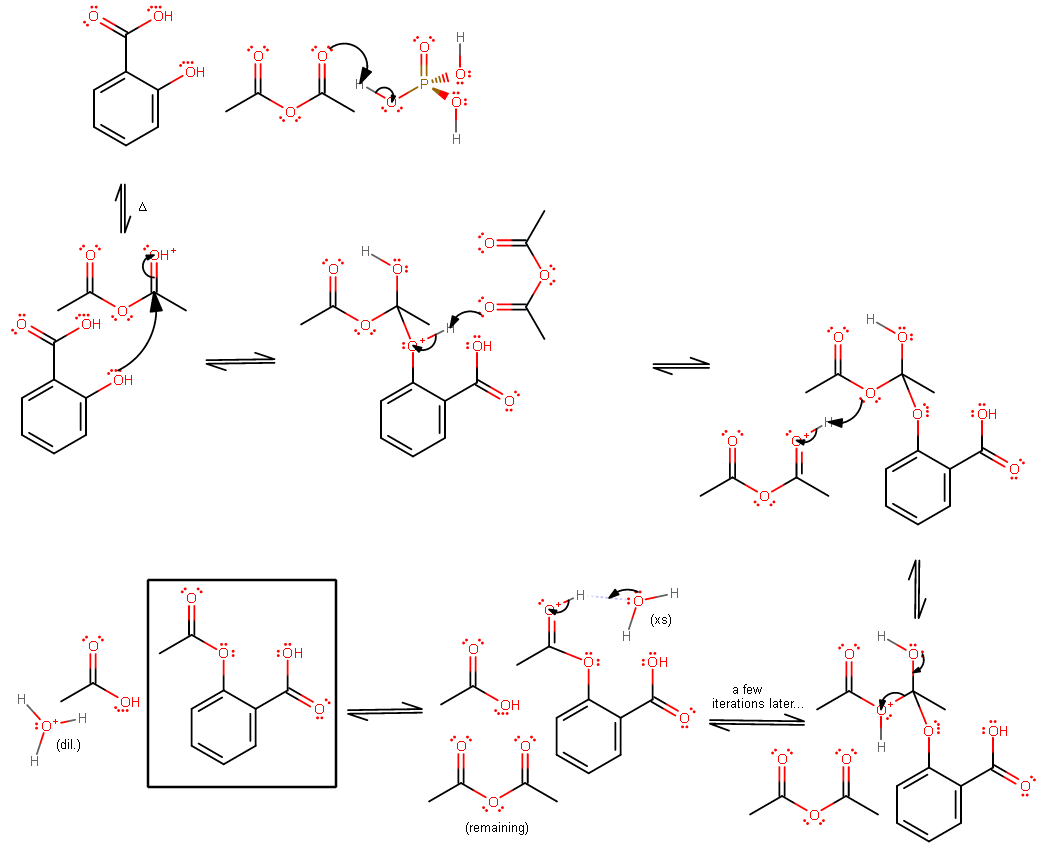 You can also tell from the full procedure (and from the name "anhydride", resembling "anhydrous", meaning "lacking water...") that the water easily cleaves acetic anhydride (into acetic acid).