Why is biphenyl formed as a by-product in a grignard reaction?

Now, when I look at this compound, one reaction immediately comes to mind, and it's quite an odd one (Organic Chemistry, Bruice, Ch. 16.14). 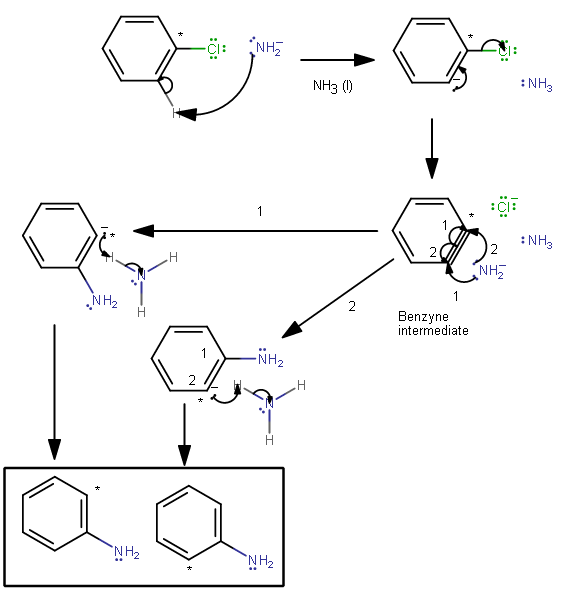 What you basically have is a nucleophilic aromatic substitution (NAS) where you see a very strong nucleophile () plucking the proton off of the carbon to an electron-withdrawing, weakly deactivating substituent such as or . It forms an unstable benzyne intermediate.

This can happen because is such a strong nucleophile. How? The conjugate acid is ammonia, whose pKa is about . So, the anion has a much higher basicity, and hence is much more nucleophilic (a nucleophile is at its core a lewis base; if it's a good nucleophile, then it's just fast).

(Note that a carbon was labeled in this reaction to demonstrate that the benzyne intermediate that forms can get attacked on either carbon that contributes to the triple bond.)

SIMILARITIES WITH THE GRIGNARD SITUATION

What you should do with the above mechanism is imagine how it would occur if you used phenyl magnesium bromide instead of as your nucleophile.

So, if this mechanism can occur (which it does), a very similar mechanism likely will occur to form biphenyl using the analogous Grignard situation. 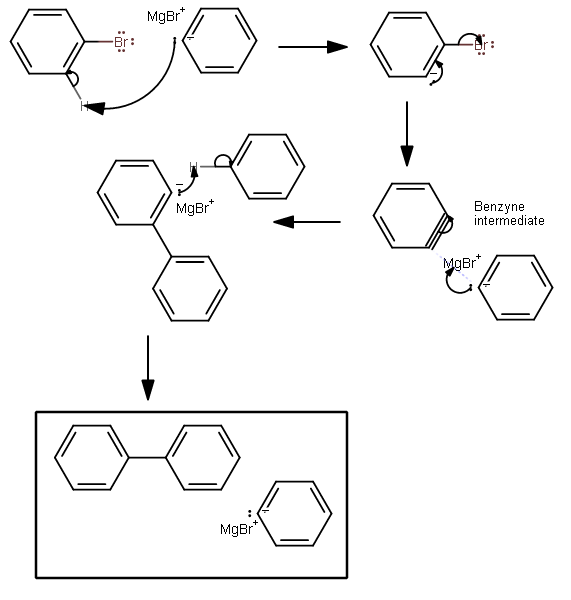 Essentially, the Grignard reagent takes the role of the . The final step is electrostatically stabilized by the presence of the magnesium bromide cation.