Why is the American Civil War the deadliest war for Americans?

I would say because of the introduction of modern and technologically advanced weapons into an old fashioned way of conducting military operations.

The fact is that the Civil War can be seen as a bridge between the Napoleonic Wars, where ordered formations of soldiers (walking at the sound of drums and trumpets) faced a similar ordered enemy, and the First World War with the horrors of its trench warfare.

The tactics were the one of the Napoleonic wars but the weapons were far more deadly. 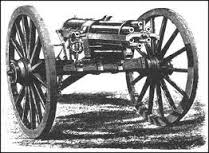 Weapons like the new guns, machineguns and rifles were terribly efficient against an old fashioned formation attack or cavalry charge.
The enormity of the battlefield and amount of soldiers involved (3 millions) helped to maximize the death toll (it was even easier to take rapidly soldiers to their death using an efficient network of railways!).

This is only my opinion but in terms of tactics the Generals simply ordered attacks after attacks to simply....spend all the bullets of the enemy against the bodies of their soldiers!!!

You can add to this that the sanitary conditions for the wounded were basically more dangerous that the weapons themselves. A wounded had almost no chance of surviving, even when lightly wounded because the high rate of infections and consequent septicemia of the wounds.

The terrible thing is also that the Civil War is probably the only American war where the civilian population was involved in the fighting (the case of the town of Atlanta, for example) adding their number to the death toll.

See all questions in The Civil War

1999 views around the world