Now, is a measure of the net positive charge coming from the nucleus - to be more specific, from the protons in the nucleus - and experienced by an electron in that atom.

In essence, elements that are in the same period have the same number of core electrons, which implies that all of the added electrons will experience the same amount of screening from the nucleus. 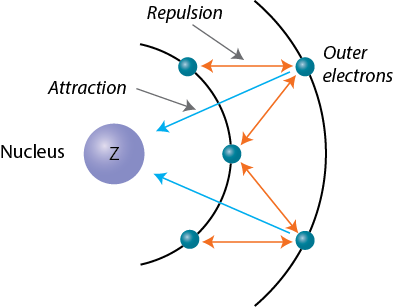 However, as the attraction from the nucleus increases, i.e the number of protons increases by 1 across a period, the screening effect the core electrons provide to the valence electrons will become less efficient.

As a result, the pull from the nucleus will be stronger with every added proton, so the electrons will be held tighter atomic size decreases.

Here's how that would look for the elements in period 3 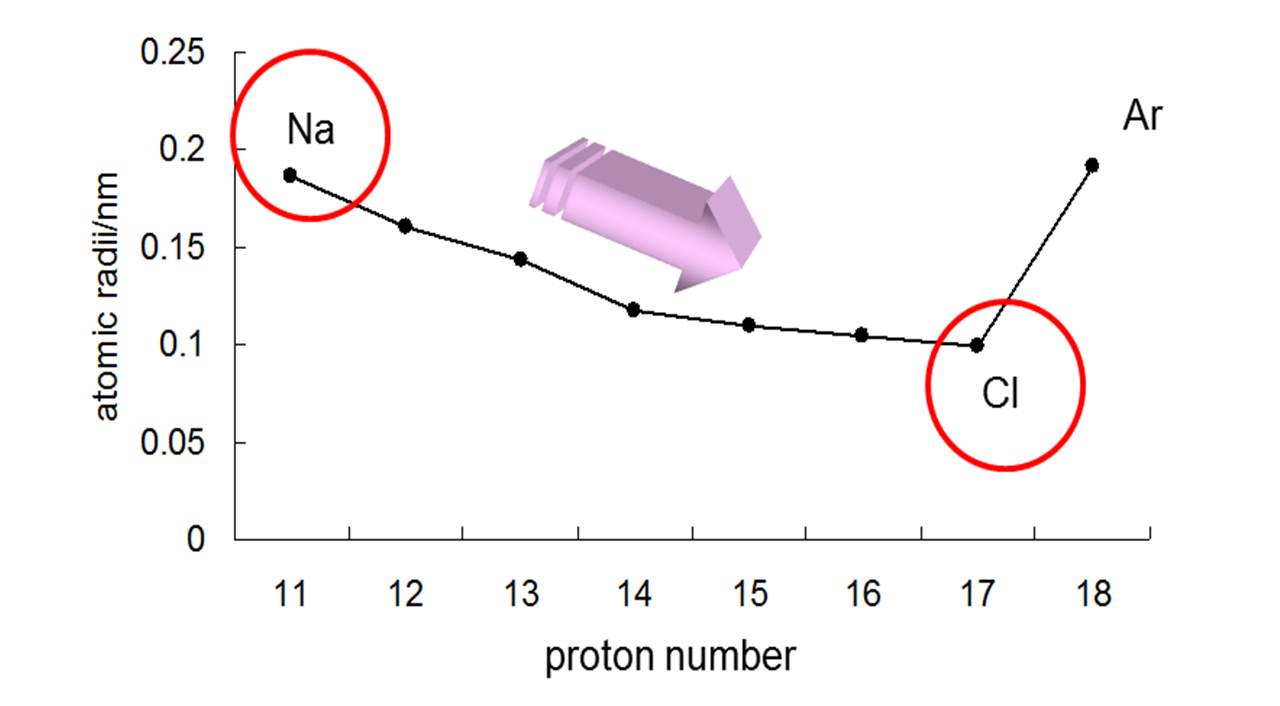 Notice that , which is in group 1, has the largest atomic radius and the smallest number of protons in the nucleus. As you add protons, atomic radius decreases.

I won't go into detail, but you should ignore noble gases because their measured radius is actually the van der Waals radius, which is not the same thing as the atomic radii of the other elements.

3059 views around the world