The new pressure will be .

Because no mention of temperature and number of moles was made, you can safely assume that they are kept constant, which means that you can apply Boyle's law.

According to Boyle's law, pressure and volume have an inverse relationship when temperature and number of moles are kept constant. Mathematically, this looks like this

Now, before you apply this equation, try to figure out what goes on from a conceptual point of view.

Because temperature is kept constant, and the number of moles of gas remains unchanged, an increase in volume would mean that the gas particles now have more room to move around in.

This implies less frequent and less energetic collissions with the walls of the container/balloon, which translates to a decrease in pressure. 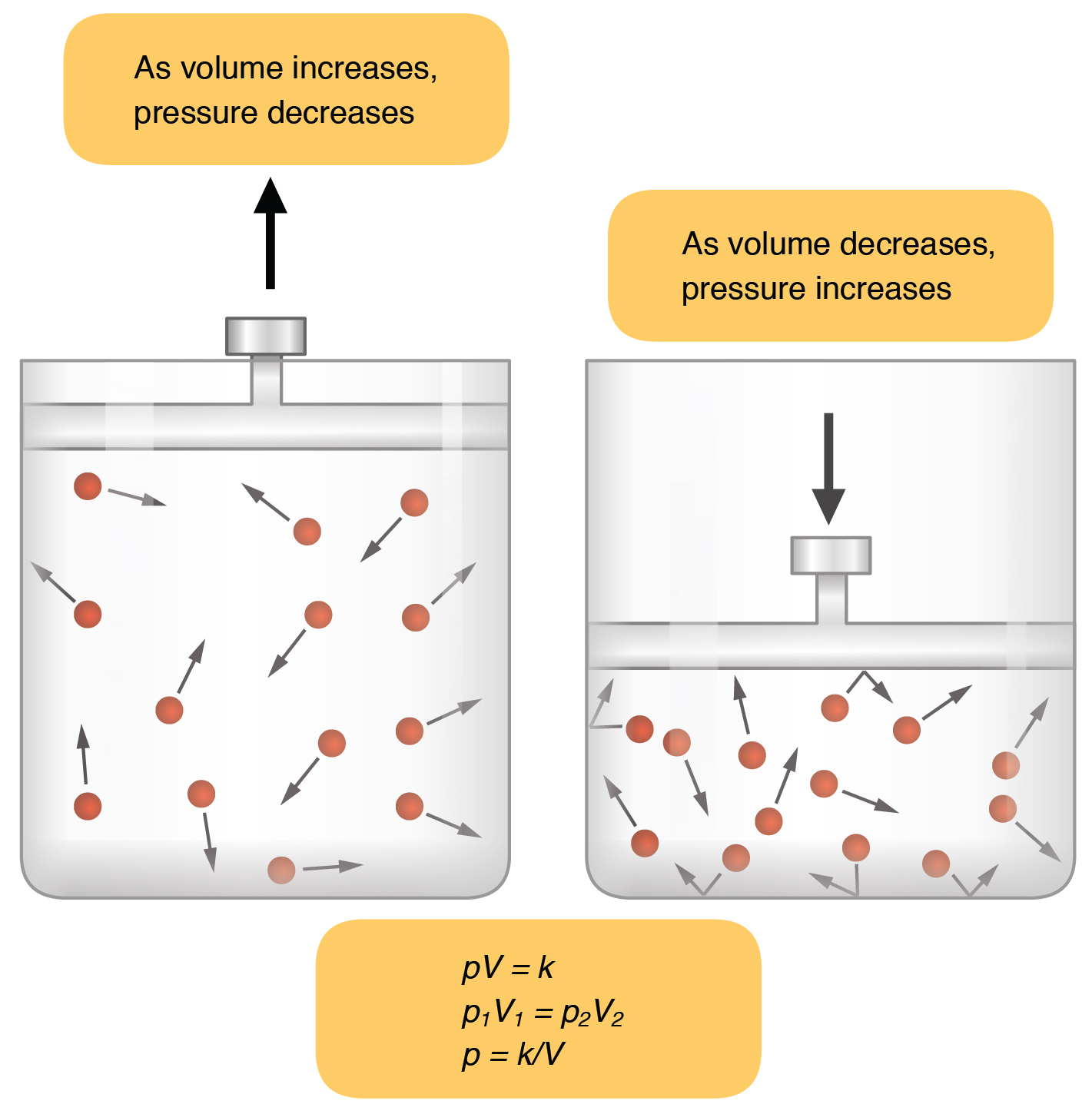 In your case, the opposite takes place. The volume decreases, which means the molecules now have less room to move around in the frequency and energy of their collisions increase, which will cause the pressure to increase as well.

Numerically, the result will be

7799 views around the world