The new volume will be .

Because pressure and temperature are kept constant, you can solve this problem by using Avogadro's law, which states that, when those conditions are met, the volume occupied by an ideal gas is directly proportional to the number of moles of that gas present.

In other words, at constant pressure and temperature, the change in volume will be determined by the change in the number of moles.

Since volume is directly proportional to number of moles, more moles will imply a bigger volume. 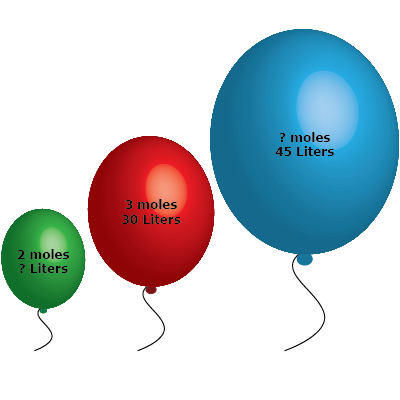 Mathematically, this can be written as

The total number of moles will be

Plug your values into the equation and you'll get

As predicted, the volume increases with the increase in the number of moles of gas present.