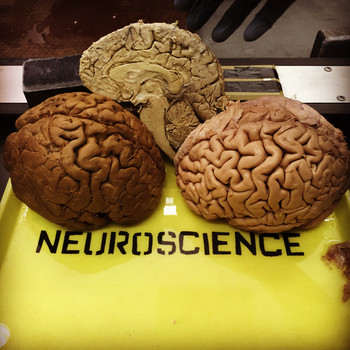 Look for halogens and other highly electronegative atoms.

While there are lots of exceptions, a good rule of thumb is that acids with a hydrogen atom bound to a highly electronegative atom are strong acids. The elements in the second-to-last column of the periodic table are called halogens, and they are highly electronegative. For example: H-Cl, H-Br, H-I are strong acids. This is because these atoms strongly pull on electrons, and can easily strip electrons from hydrogen so that it can dissolve.

Sometimes, a more neutral atom is made more electronegative by being attached to oxygen atoms, which also pull electrons away from the hydrogen atom and making dissolving easier. For example, HNO3, and H2SO4 are strong acids, but H2S and NH4+ are weak.

Overall, an acid is strong if it readily gives up its hydrogen when dissolved in water. To do this, the "conjugate base" part of the acid must be able to strip an electron from the hydrogen. Electronegative atoms do this best.

649 views around the world