In order to understand why a solution of calcium chloride, , has a higher boiling point and a lower freezing point than pure water, you need to make sure that you understand what happens when a liquid boils and when it freezes.

As you know, a liquid is said to boil when its vapor pressure becomes equal to the atmospheric pressure.

When you start heating a liquid, you are essentially increasing the kinetic energy of its molecules. As temperature increases, more and more molecules located at the surface of the liquid will have enough energy to overcome the intermolecular force of attraction and escape into the gaseous state.

By comparison, you freeze a liquid by taking away heat, which is equivalent to decreasing the kinetic energy of its molecules.

As temperature decreases, the intermolecualr forces of attraction will overpower the kinetic energy of the molecules the molecules will be stuck in place. 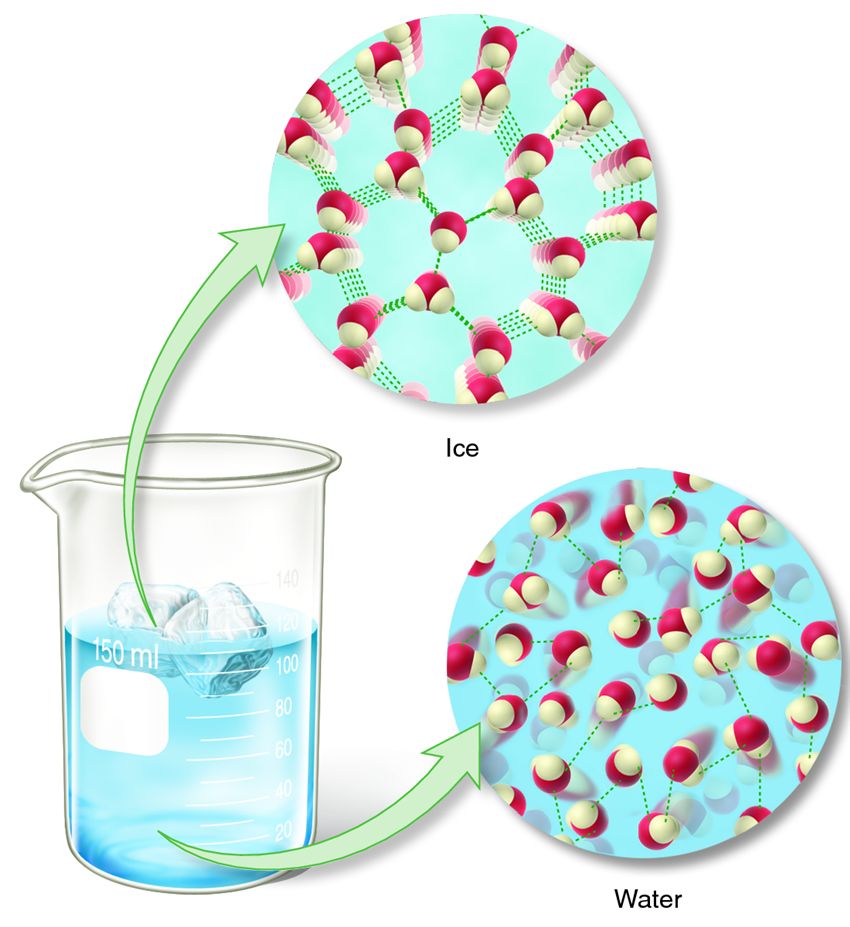 Now, when you dissolve a solute in pure water, the molecules of solute will affect the boiling point and the freezing point of the liquid.

Moreover, some molecules of solute will be close to the surface of the liquid, which essentially blocks solvent molecules from being able to escape into gaseous state. 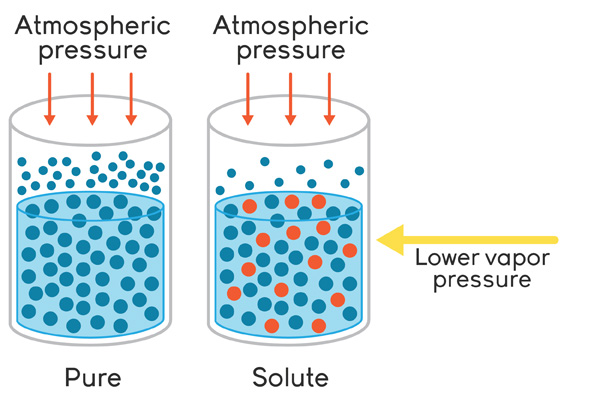 So, when you dissolve calcium chloride in water, you will get complete dissociation of the solid

These ions will interact with the water molecules and essentially increase the solution's boiling point and decrease its freezing point.

Boiling-point elevation and freezing-point depression are colligative properties because they depend on the number of particles produced in solution, not on the nature of those particles.

This is why, for example, electrolytes like calcium chloride increase the boiling point of the solution more than non-electrolytes.

For calcium chloride, the van't Hoff factor will be equal to , since you have

See all questions in Colligative Properties

9044 views around the world