The idea here is that you need to be familiar with the definition of an oxoacid, sometimes called oxyacid.

An oxoacid is simply an acid that contains oxygen, , hydrogen, , and at least one other element. In addition to this, an oxoacid must have at least one acidic proton, which is a hydrogen atom bonded to an oxygen atom.

In your case, the oxoacid is said to contain one atom of nitrogen, , one atom of hydrogen, , and three atoms of oxygen, .

Right from the start, you know that the hydrogen atom must be bonded to one of the three oxygen atom, since this is needed in order to make it acidic, i.e. ready to jump off in aqueous solution.

All three oxygen atoms are bonded to the nitrogen atom.

At this point, you should be able to recognize the fact that you're dealing with nitric acid, , which looks like this 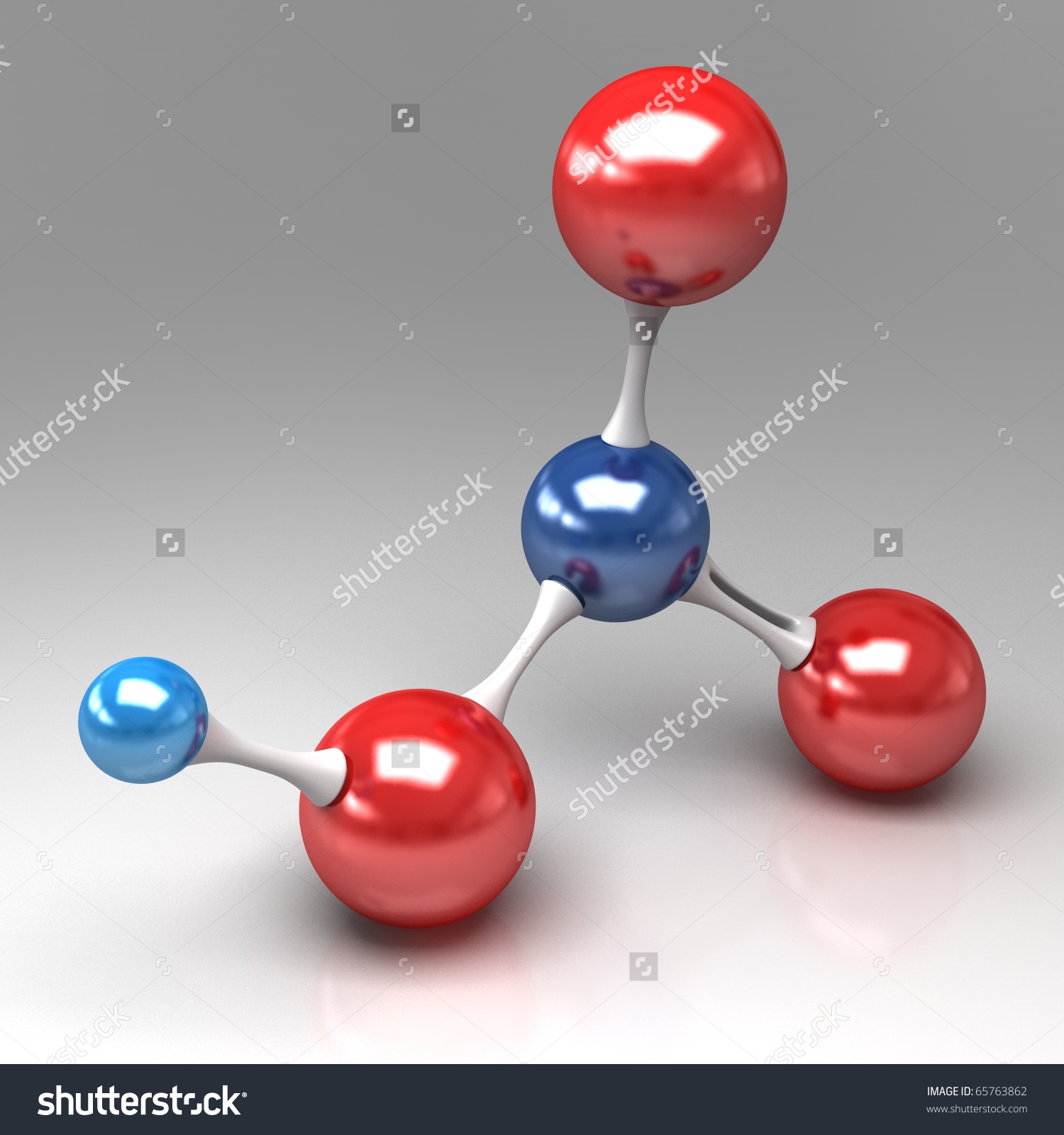 The nitrogen atom is shown here in dark blue, the oxygen atoms in red, and the hydrogen atom in light blue.

697 views around the world