Scientific definition: An atom is the smallest particle of an element that has the properties of the element.

If the nucleus of an atom is the size of a golf ball, the diameter of the atom would be two kilometers. 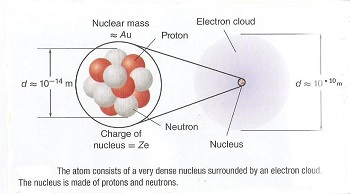 342 views around the world