Where is potential energy seen in chemistry? 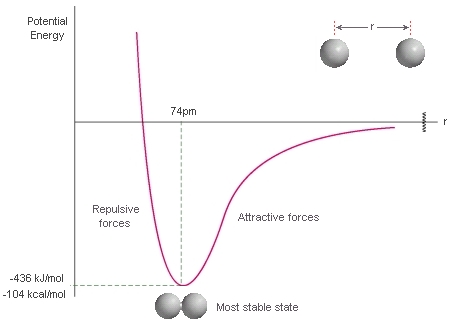 If we move leftwards past the mark on the graph:

A molecule wants to be as stable as possible; if it is unstable, it breaks apart.

So, the molecule prefers to be at the mark, which balances the repulsive and attractive energies, giving us the potential energy of the single bond once the bond forms:

This potential energy is the energy leftover, stored in the bond, after making the bond and releasing excess energy.

If the bond breaks, the potential energy is absorbed back into the atoms as kinetic energy as the atoms move far apart.

1664 views around the world