Acetic acid, , can for dimers by way of hydrogen bonding. As far as I know, it actually exists in an equilibrium between the monomer, which is simply a molecule of acetic acid, and the dimer

Now, the thing to remember about this equilibrium is that it lies to the left, meaning that the monomer is the dominant form, when acetic acid is in aqueous solution.

As you know, water is a polar molecule that can form hydrogen bonds because of its partial negative oxygen atom and its partial positive hydrogen atoms. 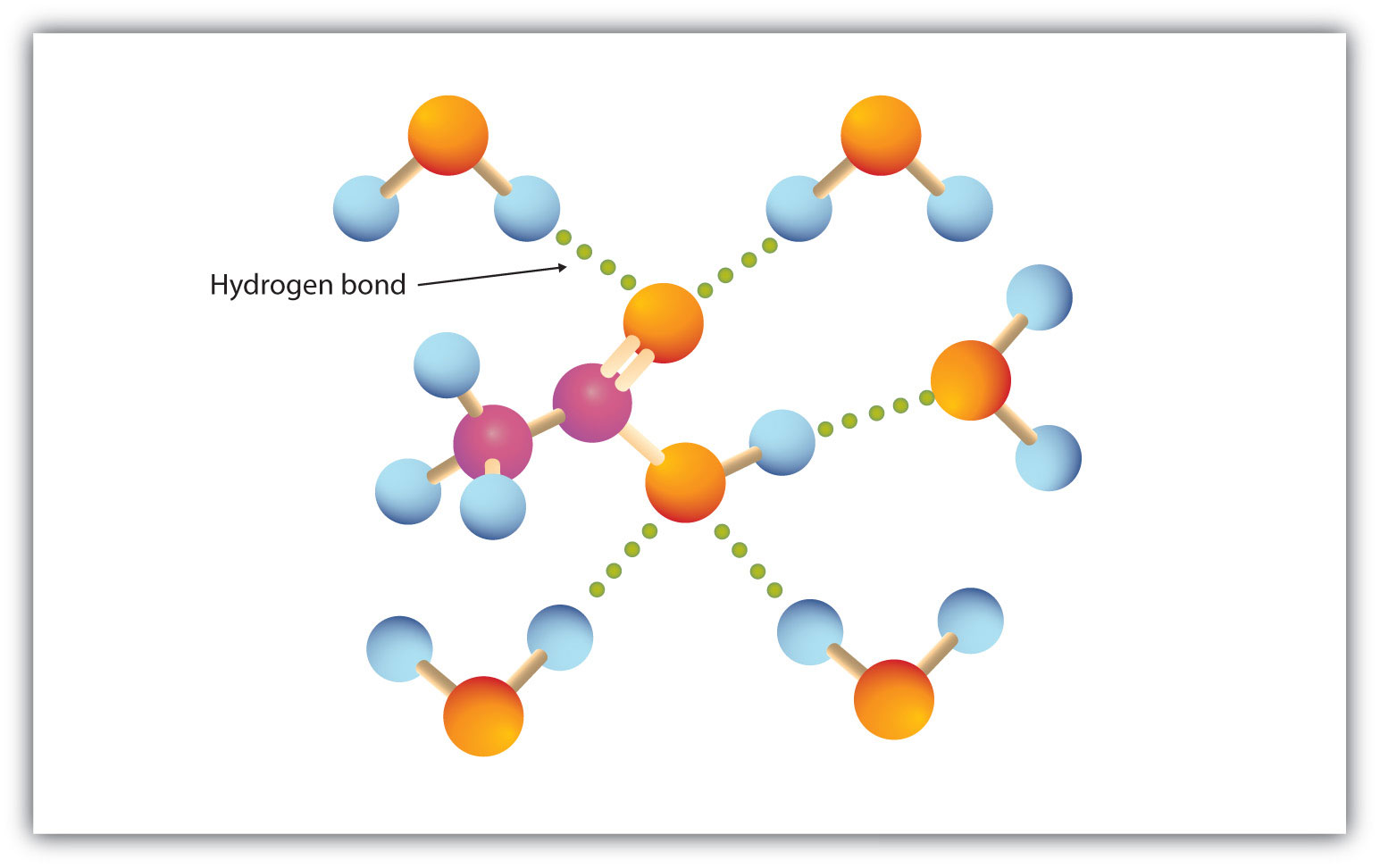 On the other hand, benzene, , is a nonpolar molecule, so right from the start you know that it can only exhibit weak London Dispersion Forces.

When acetic acid is placed in benzene, the monomer / dimer equilibrium lies to the right because there are no more polar molecules present that can disrupt the hydrogen bonding between two acetic acid molecules.

This means that the acetic acid molecules are free to form hydrogen bonds between themselves, i.e acetic acid forms dimers in benzene.

This of course implies that the molecular mass of the molecule doubles because the dimer, which is itself a chemical species, contains molecules of acetic acid.

See all questions in Colligative Properties

6329 views around the world